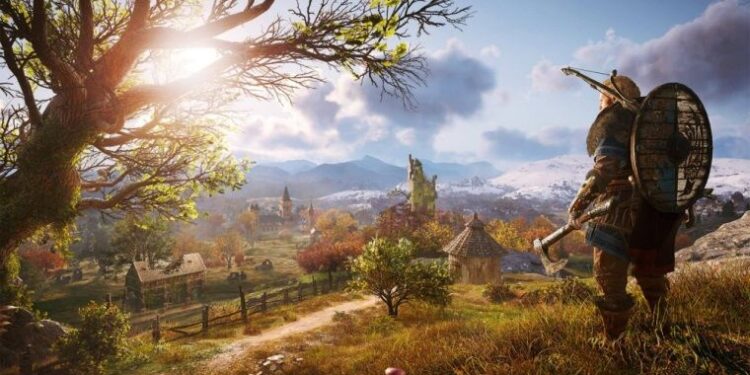 The graphics of the role-playing game Assassin's Creed Valhalla, developed and published by Ubisoft, were compared on next-generation consoles. Details are in our news.

The graphics of the role-playing game Assassin’s Creed Valhalla, developed and published by Ubisoft, were compared on next-generation consoles. Viking-themed Assassin’s Creed game runs higher on PlayStation 5 than Xbox Series X. Both consoles use a dynamic resolution scaling system. The game, which has a 4K resolution and 60 FPS frame rate support, has achieved these values ​​on PlayStation 5. However, there are occasional FPS drops on the Xbox Series X front.

After moving to PlayStation 5 and Xbox Series X, which Ubisoft aims for platform equality and basically provides this. So, the differences in the visual structure of the game disappear completely. The Digital Foundry team, which has conducted a series of tests on this, states that there is not much difference between the levels of detail in the character quality of the game. Also, the distances of shadows and holes in the skins, the resolution of the shadows, and the environmental details. However, the tearing is annoyingly high on the Xbox Series X. The game runs stably at a 30 FPS frame rate on Xbox Series S.

The graphics of the role-playing game Assassin’s Creed Valhalla, developed and published by Ubisoft, were compared on next-generation consoles. Exiled from Norway with endless wars and dwindling resources in the ninth century AD. Besides, Eivor will lead a Norse clan across the icy North Sea to the rich lands of England’s divided kingdoms. In his quest for victory, we will explore a dynamic and beautiful open world in a deadly setting in England’s Dark Ages in the game where we will direct the character of Eivor, a legendary Viking warrior. By attacking enemies in the game, we will enlarge our settlement. Furthermore, build our political power to gain our place among the gods in Valhalla.

Finally, you can take a look at the game’s published graphical comparison video below.