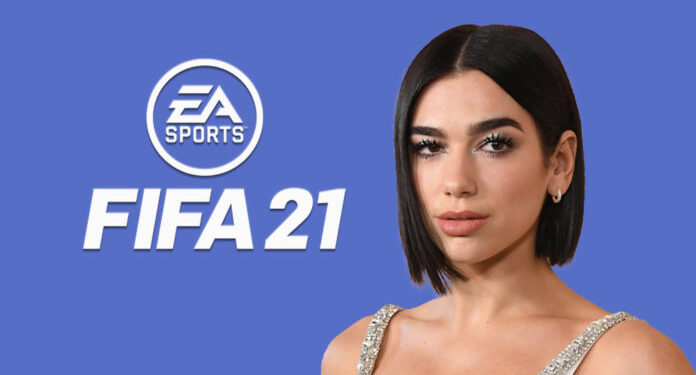 World-famous names such as Dua Lipa, Lewis Hamilton, and Dj Snake will be added to FIFA 21, according to the new screenshots and files revealed by data miners. Details are in our news.

World-famous names such as Dua Lipa, Lewis Hamilton, and Dj Snake will be added to FIFA 21, according to the new screenshots and files revealed by data miners. FIFA, which has almost become a monopoly in the football game category with the PES series falling back a lot in recent years. Also, it seems to make ambitious attempts to popularize the Volta mode. Although it mostly connects the players with the Ultimate Team mode.

Game files and screenshots revealed by data miners show that developer Electronic Arts will add football legends. Furthermore, will add famous names from different fields such as fashion, motorsport, and music to the Volta mode to popularize the FIFA 21 Volta mode.

EA have added Dua Lipa to FIFA 21 and given her a face scan while Mason Greenwood still looks like this…
😂😂😂 pic.twitter.com/mLmxJS6XjB

Integrating the theme of street soccer into the world’s most popular soccer game. Besides, Volta mode somewhat overshadowed by the extreme popularity of the Ultimate Team mode. EA can make Volta a more popular mod by adding world-famous names to this special mode.

The video shared on the subject includes a young David Beckham as well as some names that we wouldn’t expect to see in a FIFA game. Such as Dua Lipa, Lewis Hamilton, and Dj Snake. Moreover, EA seems to give great importance to realism while making in-game modeling of these famous names.

Despite everything, it should not be forgotten that FIFA is a football game. For this reason, although seeing famous names in FIFA 21 may seem like an exciting development for the players at the beginning, over time the interest may shift back to football. For now, there is no information about when Dua Lipa or other famous names will be added to the game.