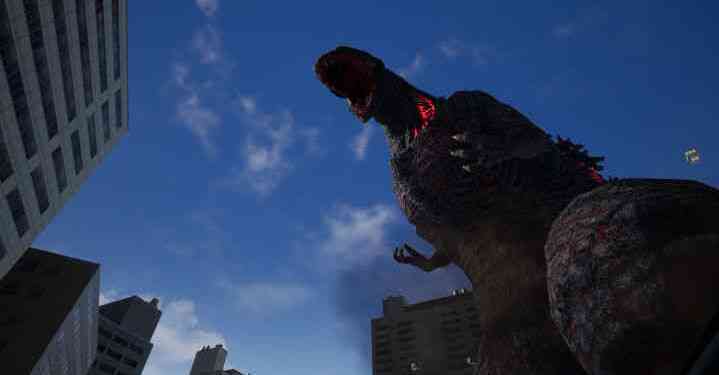 GODZILLA VR has been brought outside of Japan for the first time after its successful launch at VR ZONE Osaka back in September 2018. It saw its UK debut at London’s The O2, which has already seen first-time releases from the likes of Hospital Escape Terror and last year’s epic Mario Kart VR debut – the latter still being a hugely dominant force there. To have the two successful but wildly different IP’s Mario Kart VR and GODZILLA VR available under one roof will provide excellent variety for the guests at Hollywood Bowl at The O2.

Godzilla has been quite the historical character to celebrate the 65th Anniversary this year since the first film was released in 1954. GODZILLA VR, created by BANDAI NAMCO Amusement Inc. and licensed by TOHO CO., LTD., is set to bring the monster even closer than ever before in an incredibly immersive and action-packed experience. BANDAI NAMCO Amusement and HTC VIVE maintain their exclusive partnership by equipping players with the VIVE Pro headset. Graham Wheeler, General Manager for HTC Vive Europe said: “We are looking forward to working again with BANDAI NAMCO Amusement Europe and Hollywood Bowl on their latest venture. After the resounding success of last year’s Mario Kart partnership, HTC Vive continues to put location-based virtual reality at its forefront for VR fans”.

Players will board one of two motion-based seats with dual joystick controls and prepare to be transported to the terrorized city of Tokyo. You will enter the experience in the cockpit of an attack helicopter as part of the team to take down the gigantic GODZILLA. First you must weaken the beast, then launch the newly developed ‘Blood Coagulant Missile’ into its mouth in this destructive and devastating battle to save the city.

Matt Bradley, VR Project Manager for BANDAI NAMCO Amusement Europe Ltd: “We’re extremely pleased to announce the release of GODZILLA VR to the UK and to further expand our library of experiences. This UK release has been brought about by the growing demand in thrilling, active experiences and the great interest the public has in Virtual Reality. Following its London launch, we hope to see GODZILLA VR rolled out to further VR ZONE Portal locations in 2020.”

The GODZILLA VR experience will be bookable in advance, with limited spaces on the day, with full information available at: https://www.hollywoodbowl.co.uk/amusements/virtual-reality