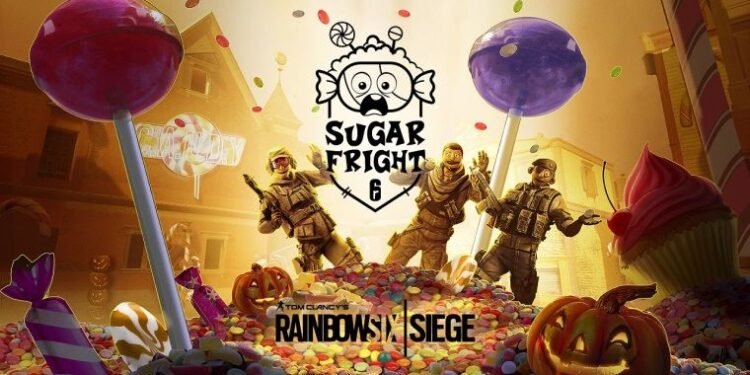 Ubisoft announced the Sugar Fright event for Tom Clancy's Rainbow Six Siege, which was added to the game exclusively for the limited-time Halloween.

Ubisoft has announced the Halloween event Sugar Fright for Tom Clancy’s Rainbow Six Siege. Information about this limited-time event and the company’s description is as follows;

Ubisoft announced a new limited-time event for Tom Clancy’s Rainbow Six Siege Year 5 Season 3, Sugar Fright event for Halloween. This event brings a brand new game mode. Candy War, which allows players to respawn in Rainbow Six Siege for the first time. This event will last for a total of two weeks from 27 October to 10 November. In a fantasy world full of sugar and death, players must relive their nightmares over and over again. Their only escape hope is to collect enough candy to win this brutal game.

In Candy War, players must collect candies dropped by their opponents after they are eliminated. But for the first time in Tom Clancy’s Rainbow Six Siege history, players can resurrect and take revenge. Halloween event Sugar Fright for Rainbow Six: Siege takes place on a brand new map created specifically for this game mode. Furthermore, this map is only available throughout the event’s playlist.

Halloween event Sugar Fright for Rainbow Six: Siege; Zofia comes with its own Collection with 30 unique items with custom customization. Such as Capitao, IQ, Nomad, Thermite, Castle, Ela, Frost, Goyo, and Pulse. Also, these puppet designs are the same as what players can see in the game by selecting these Operators to play the Candy War mode. Players can earn Sugar Fright packs through a special Event Challenge, and purchase packs each for 300 R6 Credits or 12500 Renown in the Packs section of the main screen. Finally, each Operator’s exclusive limited-time customization items can be purchased as Bundles in the Shop section for 1680 R6 Credits each. Stay Tuned.