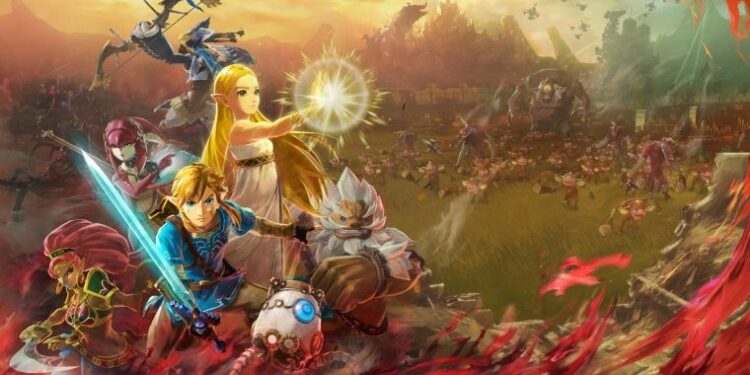 The hack and slash game Hyrule Warriors Age of Calamity, developed by Omega Force and Koei Tecmo, will be released on November 20 for Nintendo Switch. Details are in our news.

The launch trailer and first review scores of Hyrule Warriors Age of Calamity have published. Besides, the game is a hack and slash game developed by Omega Force and Koei Tecmo. However, user points are not yet available, as the game has not yet been released. Also, when we look at the Metacritic average as a result of the investigations made by reputable media organizations. So, we see that it has 79 points. So, let’s take a look at the first review scores of the game, which received positive points from 48 of 58 reviews.

Hyrule Warriors Age of Calamity, the spiritual sequel to 2014’s Hyrule Warriors, is about 100 years before 2017’s The Legend of Zelda: Breath of the Wild. The game, which will be released for the Nintendo Switch platform on November 20, 2020, will tell the Great Calamity, the great battle between the Hyrule armies and the forces of Calamity Ganon, which caused the collapse of the kingdom as previously mentioned in Breath of the Wild.

So, here is an overview of the game, via Nintendo.com:

See Hyrule 100 years before The Legend of Zelda: Breath of the Wild game and experience the events of the Great Calamity.

Join the struggle that brought Hyrule to its knees. Also, learn more about Zelda, the four Champions, the King of Hyrule and more through dramatic cutscenes as they try to save the kingdom from Calamity. So, the Hyrule Warriors: Age of Calamity game is the only way to firsthand see what happened 100 years ago.

From barbaric Bokoblins to towering Lynels, Ganon’s troops have emerged in droves. Also, playable heroes like Link, Zelda and more must use their distinct abilities to carve through hundreds of enemies to save Hyrule from the impending Calamity.

Finally, you can check out the game’s release trailer and first review scores below.