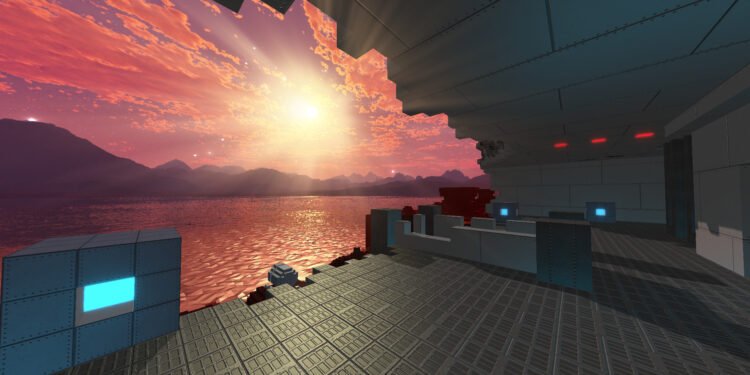 Vercidium, an independent game studio, released the FPS (first-person shooter) genre game Sector's Edge to players in an early access version. Details are in our news.

A new one has been added to the free-to-play online games that are very popular among players. Developed by a studio called Vercidium, Sector’s Edge released now in early access. Online multiplayer games are among the most popular game types today. Both the fact that it triggers the competitive motives of the players and can work on low hardware to reach as many players as possible makes these games the most ideal point for both players and game studios.

So, in this news, we will talk about exactly such a game. Vercidium, an independent game studio, released the FPS (first-person shooter) genre game Sector’s Edge to players in an early access version. So what does Sector’s Edge offer gamers?

Developed by a studio called Vercidium, Sector’s Edge released now in early access. So, Sector’s Edge is an online game that can be played as 8v8 with a first-person shooter perspective and can run on low hardware. Also, Sector’s Edge, which has a destructible perimeter in blocks, has very low size. Furthermore, you can find the official steam page of the game here.

In the game, besides being able to demolish the blocks around you, you can also make your own blocks. You can create these blocks with the points left from the weapons you get in the game. In other words, the fewer points are spent on the ammunition, the more points are left to create blocks.

The developers of the game said that Sector’s Edge will remain in early access for about 6 months while planning to develop new weapons, maps, game modes, characters, and costumes for the game. It was also stated that Sector’s Edge released for free and planned to remain free to play. Furthermore, stay tuned to learn more about free-to-play games.

Crysis: Next Could be Crytek's Upcoming Battle Royale Game