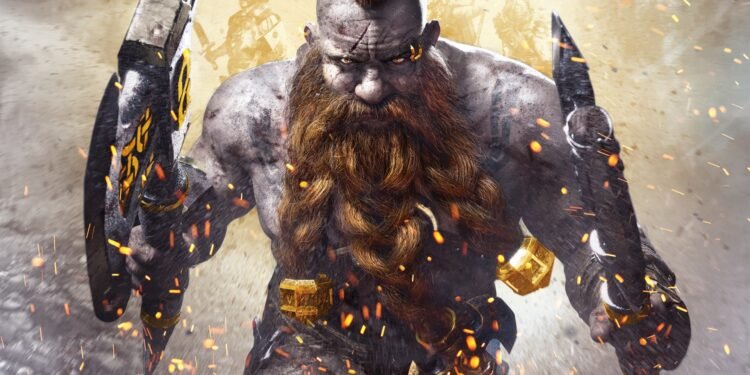 Action-RPG Warhammer: Chaosbane now has its own witch hunter with the addition of a character called Jurgen Haider as DLC. Jurgen can switch between rapier and pistols, has some holy fire-themed special abilities. It is also a trapping class able to drop spring-steel bear traps primed to snag heretics and daemons. The new Warhammer Chaosbane DLC arrives at the same time with Slayer Edition bundle. It contains the base game and all its add-ons, as well as a significant update.

Update includes are new zones, expanded hub areas, an optional 4K texture pack, and an expanded bestiary. That last addition sounds particularly worthwhile, since a lack of enemy variety was one of Chaosbane’s weaknesses. Now you will be up against more Khorne-themed enemies, daemon princes for all four Chaos gods, and rats. The full patch notes are pretty substantial and include bug fixes. It rebalances for all five of the existing classes (the fifth, a dwarf engineer, was previously added for free). The Witch Hunter DLC is available on Steam now.

Warhammer is definitely one of the most highly sought-after fantasy games available. It consists of 4 characters that represents the 4 different classes. The primary class is likely to be the soldier class, which is most likely going to appeal to tank players. The Dwarf class will feature melee combat gameplay while the remaining classes will consist of elves. The set-up for Warhammer: Chaosbane is actually relatively simple to follow and understand. Warhammer: Chaosbane will be available in 4 player co-op that will feature isometric game graphics of action RPG. The dungeon crawlers in Warhammer will resemble those that you would expect to find in other RPG games such as Diablo and Gauntlet. So there is plenty to look forward to if you are a big fan of such RPG games.