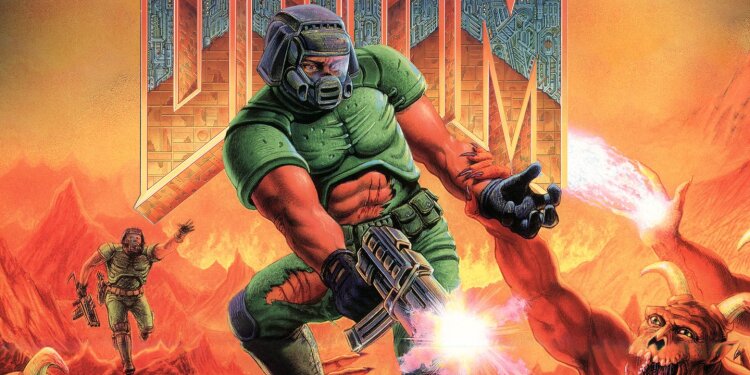 A Twitter user named Foone, who describes himself as a hardware/software magician, announced that he managed to play Doom on a digital pregnancy test.

While we are waiting for Doom Eternal Ancient Gods, we are getting interesting situations about the original game. Doom fans try hard to run and play the game on unexpected devices. Now another developer has managed to get the original Doom up and running in a pregnancy test. One of the most memorable and iconic game series in the first-person shooter genre. Doom’s original game, released in 1993, has been run on many different devices. It ran from toasters to calculators. But a new video shared by a Twitter user shows that the Doom craze has no limit.

First of all, you need to remember that the pregnancy test has a monochrome (black and white) screen with a resolution of 128×32 pixels. Therefore, you should not forget that the graphics quality that Doom will offer in that screen is at the minimum level. Still, the videos you have watched above and below reveal the point where Doom passion can reach. In the videos in question, it is seen that Foone received support from a mini keyboard to control Doom. As you can imagine, there is no mouse you can use for orientation. You probably wouldn’t want to play Doom on a pregnancy test screen for a ‘good’ gaming experience. But still, it looks fun.

Yesterday I had a lot of retweets and reddit posts and such for playing Doom on a pregnancy test.
But as I explained then, it wasn't really PLAYING on a pregnancy test, it was just a video being played back, not an interactive game.

Well, now it is. It's Pregnancy Test Doom! pic.twitter.com/Nrjyq07EVv