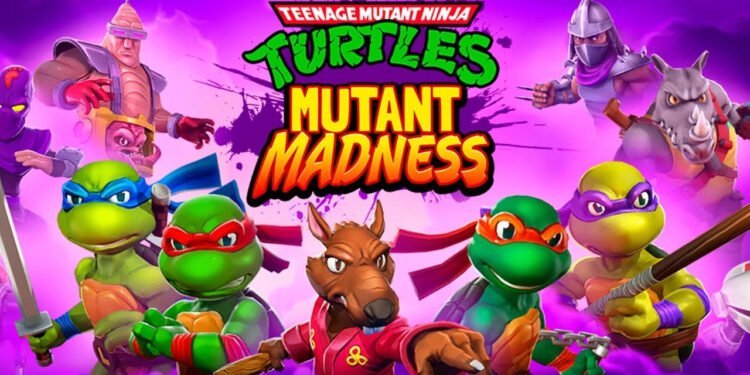 Kongregate has released its new Ninja Turtles themed mobile game for iOS and Android. The game named “Teenage Mutant Ninja Turtles: Mutant Madness” appears as an action-packed RPG game. Where you can choose to be good or bad. We have good news for Ninja Turtles fans who love to play games on their mobile products like smartphones or tablets. A mobile game called “Teenage Mutant Ninja Turtles: Mutant Madness” released. Which was first announced in June is now available for download on Android and iOS platforms. The new game from the publisher, Kongregate, offers gamers an action-packed RPG experience.

Teenage Mutant Ninja Turtles: Mutant Madness is a game where you will create your own team by choosing to be good or bad. After building your team, they will enter into PVP battles with other teams in the game. But frankly, it will not be that easy for players to form their own teams. Teenage Mutant Ninja Turtles: Mutant Madness game released and players will first strive to complete their ideal roster. Gamers who have to collect different characters for this will then be able to enter into PVP challenges. In this context, just like the Ninja Turtles spirit, the characters in the game will have their own characteristics. In addition, players will be responsible for improving these features.

One of the striking features of the game is the rooms where you can unlock them. These rooms will give you access to resources to empower your characters. However, you will not need to play the game to access these resources. Once you unlock a room, the game will continue to find resources after you exit. In this way, you will be able to upgrade the characters you create more easily.

Commenting on the new games, Kongregate interim CEO Markus Lipp said that they will offer Ninja Turtles fans an experience they cannot leave. Stating that the interesting challenges in the game will also be interesting, Lipp added that they are excited to publish such a game. Although Teenage Mutant Ninja Turtles: Mutant Madness released as a free game, there are in-game purchases available. If you want to play this action-packed RPG game developed with the spirit of Ninja Turtles right away, you can download the game by accessing the Google Play Store here and the App Store here.