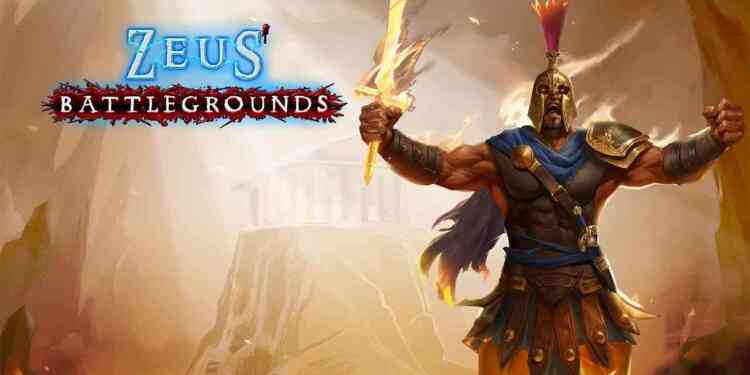 Zeus Battlegrounds, a free-to-play melee-based 100 player Battle Royale game, will launch on Steam in Early Access. The game has been in closed beta testing for months and is now ready to open up to a wider audience.

Anyone who logs into the game in the first week will be prompted to claim an in-game founder’s crown that once claimed, will be permanently attached to their account. The crown is not tradeable, so it will show other players that the crown-wearer was in the founding group of players for Zeus’ Battlegrounds.

Zeus Battlegrounds offers in-game cosmetic items for player character customization. The cosmetic items do not affect gameplay. The game also offers two season pass formats where players can progress through 50 levels of rewards. Season passes are priced at $9.99 for the standard tier and $19.99 for the premium tier. The premium tier season pass includes a 25 level boost and instantly grants a number of items to the player that can be achieved over the first half of the season. Players who do not participate in the season pass still have an opportunity to gain cosmetic items for playing and through in-game actions.

• Fight as a Demigod in action packed battles including God powers

• Season format where you can earn dozens of cosmetic items

• Play Solo or in Teams of up to 4 players