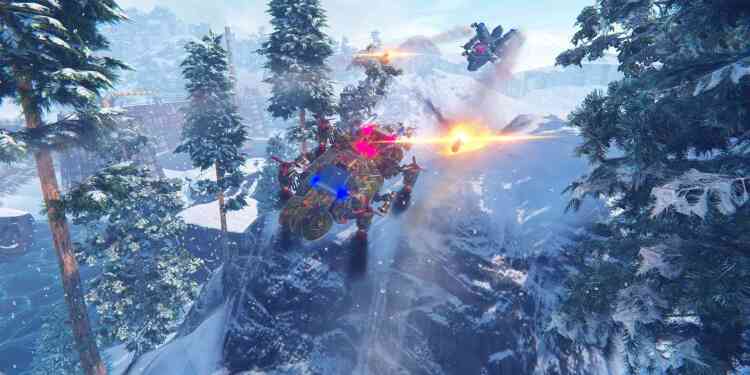 Welcome to hell of mechanical creatures.

Last Level and SOFF Games, the creators of the Next Day: Survival, have announced SteamCraft, a new multiplayer shooter in a steampunk setting.

Steamcraft has been announced with a trailer

In SteamCraft, players can let their imagination run wild and create a one-of-a-kind combat vehicle for land and air battles. To do this, they’ll be given a massive selection of components and an impressive arsenal for crushing their foes on land and in the air. There’s no limit to what you can create, so go ahead and build a terrifying, steam-powered, mechanical Frankenstein’s monster.

SteamCraft will have an advanced construction system, that lets players create truly unique combat machines. Players can fight on land and in the air.  There will be over 600 construction components and over 40 weapons.

SteamCraft has a realistic damage model, destroyed parts fly off of the vehicles according to laws of physics.

Every battle takes place in a randomly-selected location, so players need to be ready for any combat scenario. Your primary objective is to destroy everything that moves, and if you win, you’ll earn rewards and the ability to make your vehicle every crazier and more dangerous.