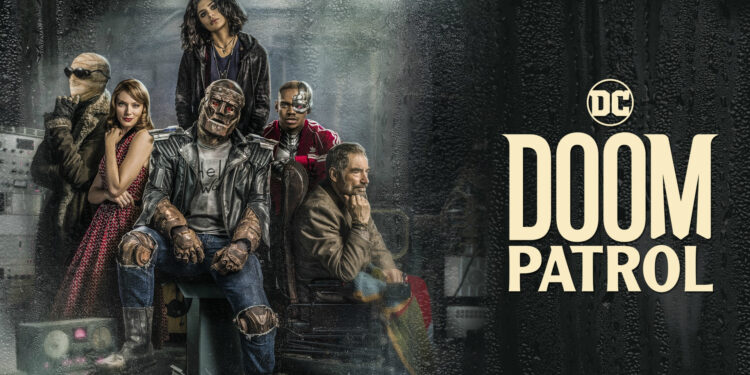 DC Doom Patrol is coming to offer more superhero adventures: The third season has officially been renewed. This live-action drama premiered in February 2019. Actually, it was developed for the DC Universe and streamed on DC’s online platform. Later, the second season was available on both DC Universe and HBO Max.

“Doom Patrol came to HBO Max with an already deep and passionate fan base and has risen to the top as one of the most-watched Max Originals on the platform,” said Sarah Aubrey, head of original content, HBO Max. “The series sits well in our portfolio and we are glad to greenlight a third season to continue this distinctive style of storytelling that resonates so well with critics and fans alike.”

In the second season of this series, these superheroes tried to save the world. On the one hand, they laid on feelings of betrayal (by Timothy Dalton’s Niles Caulder aka The Chief). Also, they handled to Niles’ daughter’s (Abigail Shapiro) mysterious abilities and confronting their own personal traumas. In the third season, we will watch  Diane Guerrero, April Bowlby, Matt Bomer, Brendan Fraser, Timothy Dalton and Joivan Wade. As Warner Bros. calls them, these characters are DC’s “strangest group of heroes”.

“On behalf of the wonderful cast, writers and crew, we are thrilled and grateful for the opportunity to return to Doom Manor. And we are especially thankful for our partners at Berlanti Productions, Warner Bros. Television, DC Universe and, of course, HBO Max,” said executive producer Jeremy Carver.

Berlanti Productions carries out the show in company with Warner Bros. Television. Additionally, executive producers are Carver, Greg Berlanti, Sarah Schechter, Chris Dingess and Geoff Johns. The series is based on characters created for DC by Arnold Drake, Bob Haney and Bruno Premiani. So, Doom Patrol the season three will be available exclusively on HBO Max in 2021. Don’t forget, the first two seasons are available to watch on HBO Max and DC Universe. You can take a glance at the season 2 extended trailer of the series below.