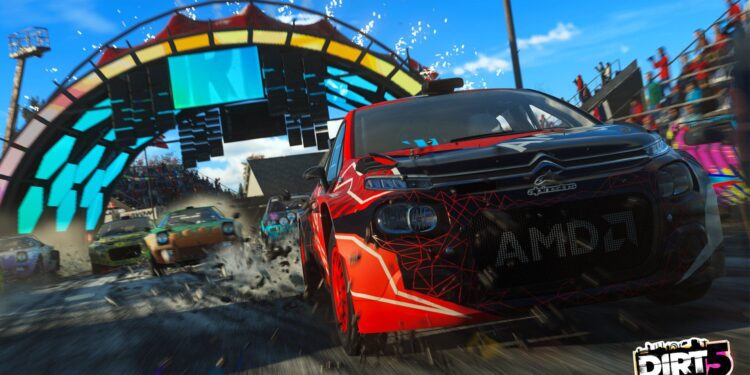 If you looking forward to playing Dirt 5, you have to wait a bit more. Codemasters announced that Dirt 5 delayed, one more time.

Dirt 5 is the latest title in Codemasters’ popular rally racing series. Codemasters has delayed the PC, Xbox One, and PS4 versions of Dirt 5, one more time. Actually, the game was going to release on October 9. Then, we learned Dirt 5 would release on October 16. This time, we have learned that Dirt 5 will release on November 6, instead of October 16. Dirt 5 delayed because developers want to wait for some news about the next-gen consoles. So, its current and the next-gen versions will release closer together. There will also be an Amplified Edition exclusively, as well as three-day early access. In addition, Stadia users will have to wait until early 2021. You can read the official announcement from below.

‘The revised launch date will allow us to take advantage of the next-generation console launches,’ said Codies’ Frank Sagnier.

“The release date for Dirt 5 on Xbox One, PlayStation 4 and PC has now moved to November 6, 2020, with early access for Amplified Edition players starting on November 3. The game is still ready to launch on Xbox Series X and PlayStation 5 later this year, followed by Google Stadia in 2021.

“It sucks, we know. Seriously, we can’t thank everyone enough for your support and excitement around Dirt 5, ever since its reveal back in May. The positive feedback we’ve received from hands-on preview sessions has blown us away, too. The start line is now a little further away, but it’s still very much insight.

“More Dirt 5 news and brand new gameplay are coming your way between now and November. Get ready for first looks at new cars and locations, the final car list, more next-gen feature details, and a full reveal of Dirt 5’s multiplayer features. Stick around – we’re just getting started.”

So, the company waits for the next-gen consoles even though the game is already done. Dirt 5 will be available on PlayStation 4, Xbox One, and PC on November 6. Those of getting the digital-only Amplified Edition will get three days’ early access, it means they will access on November 3.  Until November, Codemasters will release more news and gameplay. We will have some details about new cars and locations, as well as the full car list. Also,  Codemasters is planning to provide to the PS5 and Xbox Series X features for the game, along with more multiplayer details.