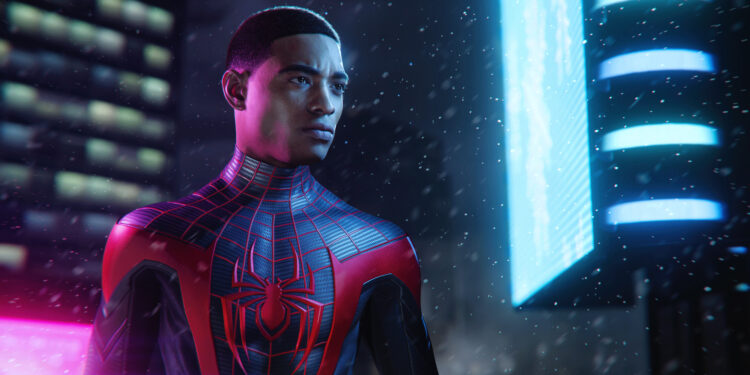 Sony announced today that a new video posted on YouTube will feature the Spider-Verse costume in Spider-Man: Miles Morales. Details are in our news.

Sony announced today that a new video posted on YouTube will feature the Spider-Verse costume in Spider-Man: Miles Morales. Along with the costume, one of the favorite aspects of the animation will add to the game. In Spider-Man: Into the Spider-Verse published by Sony in 2018, it has managed to delight the audience with its visual quality, story, and many angles. The animated movie started to be shown among the best-animated productions of recent years.

However, as you know, the animated movie will not be the only place where the Miles Morales character will appear. Miles Morales will also show himself in Marvel’s Spider-Man: Miles Morales, the game that will have Sony’s next-generation graphics, as its name suggests.

Sony announced today that a new video posted on YouTube will feature the Spider-Verse costume in Spider-Man: Miles Morales. Marvel’s Spider-Man: Miles Morales videos released so far were quite different from animation. The production, which depicted the same character, showed the character in a different way, completely fluently. This did not fit the light stop motion-like style that made good animation.

Of course, we are aware that what we are talking about is a game and it will not be the same as the animation. However, Sony has announced a new Spider-Verse costume for those who want to see such a narrative in the game. The name of the new costume was named as ‘Spider-Man: Into the Spider-Verse’, which is the name of the animation.

The costume, which we can see in a minute video on YouTube, brought a completely different dynamic to the game. As we can see in the video consisting of the images shot on the PlayStation 5 console. The flow of the game and the art of Into the Spider-Verse combined, and very nice images emerged. In order to use the costume to be found in the game, it will be sufficient to play the story of the game. However, if you pre-order the game, you will be able to access the costume directly. Developed by Insomniac Games, Marvel’s Spider-Man: Miles Morales will debut on November 12 with PlayStation 5.