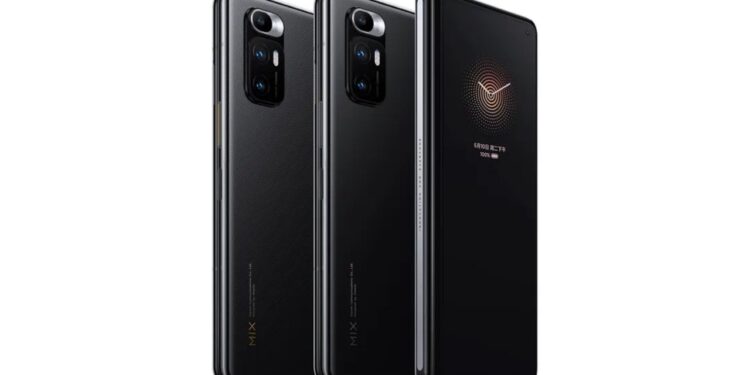 Xiaomi, who has forgotten the Mi Mix series since its concept smartphone named Mi Mix Alpha, which was introduced in the past years, brought the series back with a bomb-like model. So, Xiaomi Mi Mix Fold is officially announced. Xiaomi, the newest player in the foldable smartphone market, will compete with the Samsung Galaxy Z Fold 2 and Huawei Mate X2 with the device in question.

Offering 4: 3 aspect ratio, 2480×1860 pixel resolution, 600 nit brightness, Dolby Vision HDR features on an 8.01 inch foldable OLED screen. Mi Mix Fold designed to withstand 200 thousand folds, according to the statements made by Xiaomi. The 6.52-inch secondary screen on the cover of the device offers users a refresh rate of 90 Hz.

The Chinese company announced the long-awaited first foldable smartphone model Mi Mix Fold. Similar to today’s flagship smartphones, the device adopts a similar design to Samsung’s Galaxy Fold models. Powered by the Snapdragon 888, Qualcomm’s most powerful processor available. Also, the Xiaomi Mi Mix Fold offers users up to 16 GB of RAM and 512 GB of internal storage. Powered by a battery with a capacity of 5,020 mAh, the smartphone can fully charged in 37 minutes thanks to its 67W fast charging support.

The new foldable device, which has a similar camera design to the Mi 10 Ultra model announced last year, was the first smartphone to use the “liquid lens” technology announced by Xiaomi last week. According to Xiaomi’s statements, the liquid lens allows 3 centimeters close focus and 3x optical, 30x hybrid zoom. The camera setup is generally similar to what we saw in the Mi 11 model; 108 MP Samsung HMX and 13 MP ultra-wide-angle.