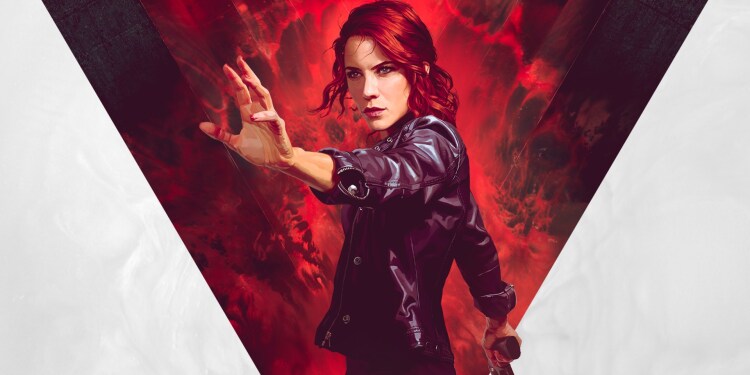 Control is Redemy’s latest title. Remedy Entertainment is known for using the concept of time to strengthen their stories and make them more interesting. We might call Control the most interesting game that the developers of Max Payne and Alan Wake have developed. Remedy constantly utilizes paranormal activities for their titles and in Control, they made it to the top. So let’s check our Control review.

Control is based on an idea not so unfamiliar to gamers. The game is based around the Federal Bureau of Control (FBC). Their goal is to investigate and take control of events that are inconsistent with known science. We’ve witnessed several other bureaus similar to this in other games such as the Fringe Division or The Bureau Xcom. The bureau in Control first appears as no more than a run-down building. But there is more to it. Inside, however, lies plenty of paranormal activities, made only more complicated with alternative universes.

Before going more in-depth about the building and alternate universes, let’s talk about our main character, Jesse Faden. Jesse and her sister have encountered a paranormal activity when they were little. Jesse manages to escape but the bureau seizes her sister for examination. Many years later, Jesse Faden is the head of the bureau, spearheading all activities. But her main goal is to find the sister taken from her. The moment you step into the bureau, experience an air of unfamiliarity. Many empty rooms and silent corridors as you make your way to the head office. This path alone is enough to show that the bureau is up to questionable acts and to learn more about your sister and the bureau itself. So you start scavenging.

Control brings a multitude of gameplay genres together. While it may appear as a third-person shooter, the action is entirely built around paranormal events. The playing field seems to be a Metroidvania approach, meaning that you will constantly have to return to areas you’ve already visited for progressing. For example, for locked doors, you’ll need to come back to with the appropriate key in your possession. You aim to discover all the floors and secrets of the bureau. You achieve this by using an item to reach the next part. The biggest problem here is to memorize the playing field and using the map efficiently.

The Metroidvania approach is usually used for fast-paced platformers and don’t cause much of a problem in memorizing the map. Control is a lot more challenging in that aspect. The map system is built on floors and the floors themselves dividing into separate areas. Memorization the areas becomes extremely difficult. Especially at some points of the story, you find yourselves going in circles.

The game’s action is dependant on your weapons and powers you acquire while progressing. Although you only have one weapon. You can improve it as you progress through the game by various mods. These mods include pistols, shotguns, rifles or laser guns.

Aside from weapons, you can earn character abilities by various items. You can do tricks such as dashing, gliding, using the rubble to shield yourself. And of course, the ability to move objects. Every ability has its uses in specific situations but the most useful is undoubtedly moving objects. However, you need to be careful when using all your abilities. Because they are limited by a power bar, needing to recharge if you run out.

If you fail to manage your weapons and abilities correctly, you will die a lot against hordes of enemies or bosses. But that’s alright as the game has a severe absence of punishment. When you die, you can simply continue from the last checkpoint. Due to the map being so large and complicated, you reach checkpoints in no time. This makes dying obsolete and you can play without the fear of being set back.

One of the favourite parts of Control is the artistic satisfaction of its worlds. Traversing through other universes are breathtaking as Remedy has done an exceptionally well job with the physics and RTX. Various light effects and the game’s constantly changing visuals coupled with Global Illumination via RTX, affect the game’s aesthetics very positively. While the game’s graphical prowess is very appalling even at low settings, it becomes truly breathtaking if you can run it on highest settings. We are also quite happy with the game’s presentation of the short videos inside various cassettes you find.

In conclusion, Control by Remedy is a title that can pique your curiosity by taking on alternate universes with stunning visuals and an interesting story. When it comes to gameplay, the game runs with almost no issues nor delay, allowing you to input your commands without any lag. However, the game is severely lacking in grasping and punishing the player, death being nearly meaningless. This is sad to see as other titles from Remedy such as Quantum Break had done a much better job in impressing the player. If you are interested in games that touch on multiple dimensions or enjoyed Quantum Break, we highly recommend Control even with its faults. You will greatly enjoy it nonetheless. And if you enjoyed Control, you may want to play the sequel game Control: AWE.

We might call Control the most interesting game that the developers of Max Payne and Alan Wake have developed.