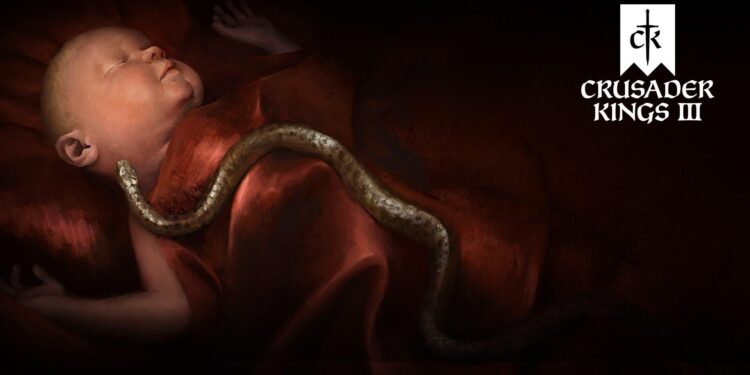 Sequel to the one of the best strategy games is finally here. Get ready to spend hours in front of your computer.

First of all, I want to say that Paradox Interactive did a great job with this game. I spent hours in front of my PC playing Crusader Kings 3. I would like to say that the game became more detailed than its predecessor. You can feel the complexity as soon as you start the game. You can spend hours just to select a wife for yourself. The tutorial took around 2 hours for me to get used to the game. In my first two games, I just tried to get used to the mechanics and details. In my third game, I decided to “play” the game. So let’s go.

Unlike other strategy games, Crusader Kings 3 puts you in charge of a dynasty. That means, as soon as you start a game, you have an heir. And when you die, you take control of that heir. This goes on like this, so we can say that game never ends. The game continues from generation to generation. The game reminded me of a kind of Game of Thrones drama. You can kill your heir or your heir can die “accidentally”. Of course the same might happen to you, too. You start your adventure with a small land you own. As I mentioned before, the game is very detailed. So you can decide to build small walls around your city or build temples to gain faith and etc. Everything is up to you. You just need to decide how to control your “dynasty”.

I strongly suggest you play the tutorial. Because even you are an experienced Crusader Kings player, many things changed in this game. The tutorial is clear and understandable. Even a new player can get the hang of it easily. And even it is a tutorial, it gives you the freedom to play however you want. One of the most notable and useful change is the “issues” section on top of the screen. When you are playing the, you can see problems and suggestions in that issues section. So you can decide what to do about the problem you are having.

Another big change is “hooks”. Basically, we can say that it is a kind of leverage. Hooks can be weak or strong. The strength of the hook depends on the information you have about the person you “hook”. With the hook feature, you can make them do what you want. You can command them, ask them to accept a proposal they normally wouldn’t accept and etc. It is one of the game-changing features of the game.

Other big difference is about your character. The new “stress” feature can change the progress of the game. For example, if your character has a truthful personality and if you ask him to torture a prisoner, your character’s stress level will increase. And this might cause some unwanted situations. Relationships are also very important in the Crusader Kings series. In Crusader Kings 3, the relationship became more detailed. If we want to give an example; if a person in your own court has negative feelings about you, they might rise a revolt against you. So you need to be very careful about the relations with your heirs or friends. There are some ways to raise the relationship level. You can give them presents (these presents are mostly gold) or give them some land.

When it comes to the war section of the game, I can say that it became easier than the second game. With fewer mouse clicks, you can do much more things. And battling became more exciting into my opinion. But as I said, it is easier. You just need to conquer the castle to take control of that territory. And AI is a little “erm… let’s say simple”. You can lure the enemy forces from the mainland and then crush the mainland when they are away. You can repeat this many times and AI isn’t aware of this and fall for your simple trick all the time. In that case, I can easily say that the game became easier than Crusader Kings 2.

Lastly, there are no naval wars in the game, yet. I’m sure that they will add it to the game in future expansions. Cause naval wars are a must for a strategy game.

The thing that really annoys me about the game is the pop-up menus. They always get in the way of other menus. So you are standing there confused. Which pop-up was first, where is the needed pop-up and etc. I didn’t get any bugs or glitches while I was writing my Crusader Kings 3 review. So I can say that the game is bug-free.

There are many things and details to write about the game but I don’t want to ruin you gameplay excitement. I tried to tell you some basics about the game. I can easily say that Crusader Kings 3 is one of the best strategy games published in the last few years. So much detail, so many things to do. You can spend hours without understanding the passing hours. So I suggest you to start playing the game when you have lots of free time. Even if you are playing Crusader Kings series for the first time, you can easily get the hang of the game with the great tutorial. So, if you are a strategy game fan, I strongly recommend you to take a look at this great game. I’m sure you won’t regret this. I hope you enjoyed our Crusader Kings 3 review. Stay tuned, enjoy.