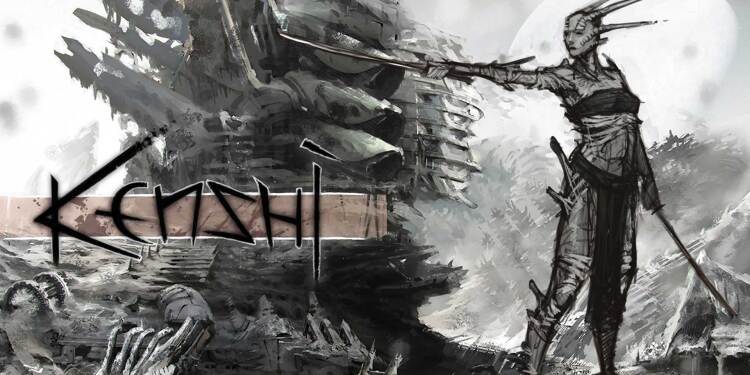 Post-apocalyptic wasteland, death at every step – you need to survive. It’s time to farm resources, craft, build a base, and wait for raiders to visit. All in all, Kenshi would have become a belated bird of the survival genre if it weren’t for its fundamental feature: it’s a single-player game where algorithms drive the rest of the world. If you are a one of the fan of the survival games, then I hasten to reassure you that Kenshi has all the features you are looking for. I assure you, your character will kill ten times before you minimally understand the mechanics of the game. And in addition to that, AI opponents quite authentically imitate the vocabulary of the ordinary schoolboy. You’ll find everything about the game in our Kenshi Review.

It should be noted that the SOLO is not an entirely accurate definition of the Kenshi game. The balance assumes that you will quickly acquire first-party members, and then your army. There is no protagonist here. The concept of the game is vague; if your “main” character dies – you can continue the game with the remaining team members, which is why Kenshi can even attribute to a strategy. Again, the protagonist is a dramatic concept, but there is no plot at all: what goal you set for yourself – you move towards that goal. In terms of strategy here, you will find the ramified economy with multi-stage production and construction. However, the primary “power source” is not the economy but the levelling of your character and party members.

Kenshi’s motto is that player characters are no better than others in the game world. In general, the game creates quite a few situations when you believe that the world has a life of its own and even evolves on its own. Wild and civilized inhabitants of the world collide, fight and conquer. One of the main features of the game is that your character can be taken into slavery, and on pain of death will have to do some routine, figuring out how to escape.

There are many such details, although some of them are artificial, and you can easily find where the trigger built. For example, raiders and merchants determine where your settlement is by the central building, but nothing prevents you from placing all other buildings at a distance – and you will be “safe” if you want to play the easy way. Perhaps Lo-Fi Games will one day guess to tie a resource warehouse to the main building, but so far, the intruders are not even trying to rob the player.

The project came out of early access, which means that the authors are satisfied with everything for now. Kenshi isn’t a game with a plot or storyline, where sooner or later you’ll start to dominate the AI. On the contrary, the game will break you with unexpected realism and hardcore. For example, you left one of your people to “tank” a monster so the others could escape. In most of the game to heal your wounded character, you go back and heal a comrade. Still, in Kenshi, other party members will start to cannibalize near-dead surface. Because you forgot to make a production chain for food supply, and it’s okay if only one limb becomes food.

Sometimes NPCs will show that they are not dummies and will remind you that this world also has laws. But such a balance can be easily broken by the game itself and here is why:

You can kill five hours for the economy, for a vicious farm of copper, iron, water, stone, and then processing them, for which you still need to study technologies. And suddenly you accidentally find a dead merchant and collect as much valuable junk as fits in a backpack. A minute of joy – and then frustration, because the goal to which you were moving before is no longer relevant and you don’t know what to do next. Is it a victory or what? – No, it’s frustration.

Therefore, Kenshi can only be played in two ways. Or set yourself the goal of capturing the entire foreseeable world and, overcoming morality, engage in role-playing powerlifting by reading guides. Or relax and drift with the flow, wondering what plot twists a game can throw, where everything is random like in online pokies and top gambling games. However, the game has quite classic quests that you get in dialogues, and if you become your own game master, you can keep within the framework of a regular RPG.

The combat mechanics are also very chaotic. Sometimes you don’t even understand which of your people is under attack. Kenshi would benefit a lot from the simplest, but intelligible role-playing combat, because “zerg rush” is a bad idea when everyone in the squad is a person. Amicably, you don’t want to lose anyone. Therefore, stealth attacks or luring enemies into large, well-guarded cities are used (if YOU wish so).

Kenshi is generally one of those projects that exist outside of time. It is continually evolving, but with a small team and a bad engine. With equal success, an ordinary role-playing mechanic may appear in a year. Or support for the project may end altogether in a minute. In some other, ideal world, teams like Lo-Fi Games catch the eye of eminent publishers, receive money and implement their ideas with the hands of first-class specialists. But in reality, such cases are rare and such companies will be left behind.

Kenshi has high player ratings, but I have to admit that they are players of a particular preference type. Hardcore players who can replay a single battle over and over again, or even start the game over, spend hundreds of hours and enjoy small success. That’s what Kenshi has to offer. Well, and if you missed the trend for survival games, because you cannot tolerate an unbalanced multiplayer, then there is an opportunity to catch up in the single-player analogue. We hope you enjoyed our Kenshi Review. You can share your thoughts with us, at the comment section.