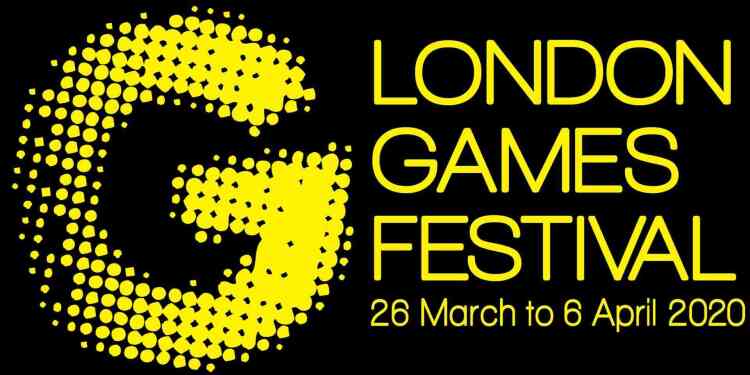 London Games Festival has unveiled its GAMES ARE GOOD FOR YOU theme, supported with a city-wide and social media ad campaign. Full programme goes live.

The London Games Festival has unveiled its GAMES ARE GOOD FOR YOU theme, supported with a city-wide and social media ad campaign, as its full programme goes live for 2020.

LGF 2020 takes place from 26 March to 6 April with 100,000 expected. Yearly tentpole events like Now Play This, EGX Rezzed and the festival’s own Trafalgar Square takeover will have a variety of experiences to offer games fans while the B2B strand for professionals grows to include more international attendance than ever before.

The Mayor of London, Sadiq Khan, said: “The London Games Festival is a great showcase of our booming games industry and the significant investment and jobs it brings to our capital. Across 12 days, it brings together professionals, businesses and games fans from across the world to celebrate this thriving sector and provide opportunities for our creative talent. I’m delighted that this year’s event will be delivering a positive message to the industry, as we show the world that London is open to business and innovation.”

50 speakers from around the world will talk about the art, craft and business of making games at festival programming including summits on Games Impact, Interactive Narratives, and Games Culture. Dedicated Global Games and Hollywood XP events will delve into international business and connections between films and games respectively. Tickets are now on sale via www.games.london.

Entirely free to attend is the LGF Business HUB, which will not only provide a meeting place plus roundtables and one-to-one mentoring sessions, but also provides the first official showcase for Ensemble, the festivals’s annual exhibition showcasing BAME video games developers and creatives, plus a range of exhibitors from international games studios.

Dr Jo Twist OBE, CEO of Ukie, said:“Video games and interactive entertainment are a valuable part of the UK’s creative and digital industries. Games provide billions of people around the globe with entertainment, ways to connect with friends, and compelling stories, worlds, characters and themes. For 12 days across the city, the London Games Festival will showcase the creative excellence, the talent, the scaling innovative businesses and the positive impact games have in people’s lives.”

London Games Festival is backed by the Mayor of London with funding of £1.2m over three years and seeks to make London the games capital of the world.  It is delivered by Games London,an initiative from Film London, the capital’s screen industries agency, and video games trade body Ukie (The Association for UK Interactive Entertainment).

Games London has become a key driver for global business in the capital’s games sector through its Festival plus trade missions – latest research proves that since 2016 it has created over 550 jobs for London through its work connecting games studios with funders and investors.

Adrian Wootton, CEO of Film London and the British Film Commission, said: “London’s games sector is a billion-pound industry, generating £1.4bn for the economy and directly employing over 5,100 roles. It is fantastic to see the London Games Festival expanding its reach and ambition, building on the success of last year’s festival and doubling our presence in Trafalgar Square, bringing games to life in the centre of London and celebrating work from around the world, drawing on the creative clusters outside of the capital and reflecting the terrific success of the UK industry.

“Creative industries are the big success story of the UK and London economies and the games industry is a key, cutting-edge component of this success. As well as celebrating this achievement with such a strong programme of events and activities embracing the culture and creativity of games, I’m delighted that the festival will once again enable major new business opportunities through initiatives such as the Games Finance Market, which draws in up to 60 major investors to the UK for pitch meetings with games businesses.”

Various locations across the city

The acclaimed exhibition focusing on BAME games professionals can be seen across London
EGX Rezzed – Thursday, 26 March to Saturday, 28 March

Venue to be announced

The B2B week of LGF starts with our all-in-one base of networking, conferences and learningGlobal Games Summit – Monday, 30 March

The second year for our afternoon examining how games are written and tell storiesGames Culture Summit – Tuesday, 31 March

One of the longest running LGF events looks at the artistic practitioners shaping and reacting to gamesGames Finance Market – Wednesday, 1 April & Thursday, 2 April

A two-day course on learning the fundamentals of games financing and then how to perfect your pitchHollywood XP – Wednesday, 1 April

A brand new event examines the crossover and connections between video games and other screen industriesBAFTA Games Awards – Thursday, 2 April

The world’s most iconic games ceremony honouring the past year of creative excellenceNow Play This – Friday, 3 April to Sunday, 5 April

A tentpole consumer moment in the festival bringing games to life in the centre of London
Cosplay Parade – Saturday, 4 April

The fourth year for this family event, and this time integrated into the Trafalgar Square Games FestivalPower UP – Saturday, 4 April to Sunday, 19 April

A lively range of events for industry, players and more delivered by the community

TIGA's Four Lessons from Acquisitions in the Games Industry