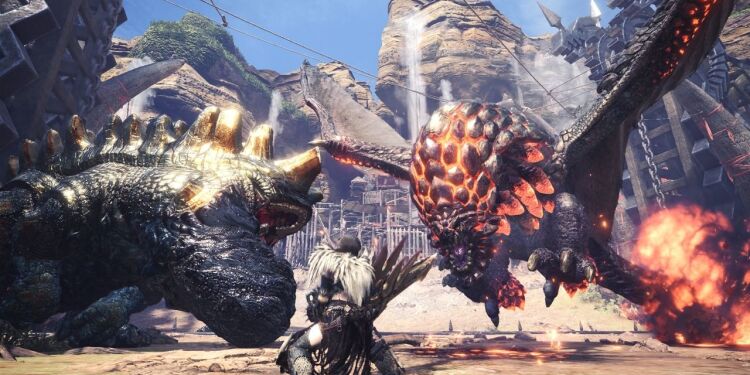 A beautiful online role playing game to play with your friends for hundreds of hours. Let's check our Monster Hunter World review.

Monster Hunter: World is finally released after a very long wait period. These days, we have entered a period in which the producers became lazy and games coming with much less content than the old times. In the past, even if play the games hundreds of hours we can still find something new. The more video games become realistic in visual wise, we see less and less content. Recently, the number one example of this was Destiny 2. Although the game meets the expectations in the visual sense, players bored in 2 weeks because of lack of content and things to do. Now we will learn about Monster Hunter World with our Monster Hunter World review.

In the video games industry, we have to divide the developers into two different sides. One of them is the western studios which are developers based in Europe and America, one of which is the eastern block located in China, Korea, Japan and other East Asian countries. Personally, I do not like the exaggerated themes used by Asian people in game development, but the abundance of content in their diligence and games is admirable. Here at Monster Hunter World, this is one of the most popular games. Is filled with both quality and high quantity content.

Now, let’s talk about the game world, map, weapons and other mechanics. First of all, I want to start with the world of the game. Monster Hunter World is not exactly one of the open worlds we seen in other titles. Those who play Dragon Age: Inquisition will no feel the similarities. You have the opportunity to go to the desired region at any time, and you don’t even have to take a mission to go. Each area is ready for you to explore.

Regions, as I mentioned, can be quite large, even they have different climates in them, you can go to the snowy mountains from normal forests. In this case, the feeling of the game consists of a completely open world. In short, there is no negative feeling about the world. The maps are very clear also very detailed.. The distribution of different creatures within the maps is enough to keep you on the move. 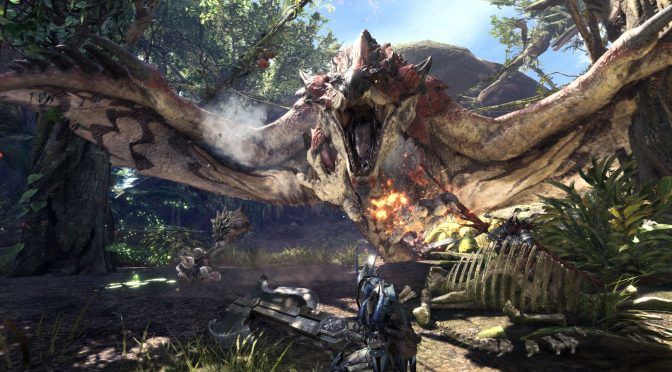 After briefly mentioning the map and the world, I would like to move on to the best part of the Monster Hunter series and, of course, the most entertaining part of World, weapons and combat mechanics. There are 14 different weapon types available in the game. You’ve got a lot of choices from gigantic axes, big sword shield mixes, gunpowder to huge sledgehammers. I thought for the first time in my life what gun I would choose in a game. Because each one offers an interesting and fun gameplay structure.

Fighting mechanics are dipped in a little Dark Souls sauce, with Final Fantasy spices and a marinated flavour with Dragons Dogma. Anyone who plays any of these games will get a familiar taste in Monster Hunter World. In the construction of different combos of different weapons, it is not enough to know only these combos for each enemy. It is also important to learn the points where the creatures are weak and move at the right time.

It is not possible to explain the game mechanics and contextual features of the game. But I know there are more countless things we can see in front of us. So I’ll update the review later with more details. However, I would like to mention the technical parts of the game for now. 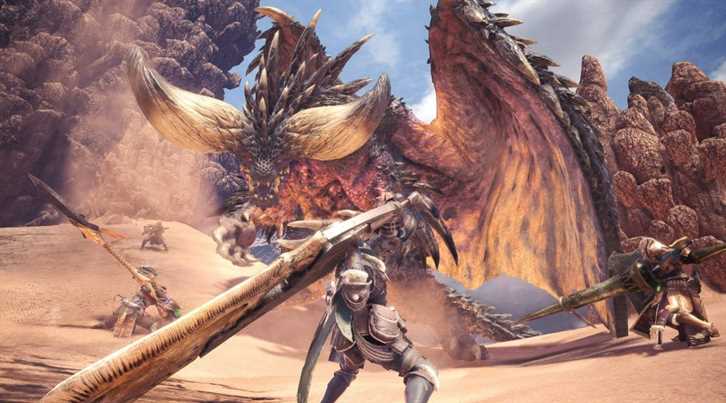 First of all, let’s talk about the graphics and performance of the game. Monster Hunter World doesn’t offer a visuality that will keep your mouth open with its graphics. But he doesn’t have to.

The game’s unique design lines adorned with highly successful lighting. I don’t recall saying that if it was a little more beautiful playing the game in general. The graphics are quite sufficient. Already making ambitious content with much content from the game visuals. On the performance side, I have bad news. First of all, I play the game on the standard PlayStation 4. The game is normally targeting 30 FPS. But Capcom didn’t use the FPS lock in the game, which I don’t understand, so the FPS, from stage to stage, can go up to the 45-50s and fall down to the 28-30s. This is a serious blow to the fluency of the game. I wish Capcom at least the add FPS lock as an option.

Long story short: Monster Hunter: World seems to be one of the most successful games of 2018, with almost endless content that will keep you up for a few months, with detailed and fun gameplay, co-op opportunities and the universe and the world. If minor performance issues are also addressed, we have a game that can take hundreds of hours. If you want to play with friends and have fun Monster Hunter World is perfect for you. We hope that you liked our Monster Hunter World review.

A beautiful online role-playing game to play with your friends for hundreds of hours. Let's check our Monster Hunter World review.