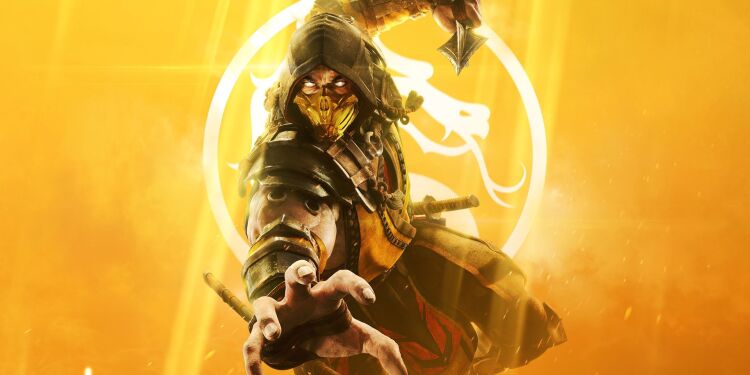 You can't escape from Shao Kahn...

Fighting games lost their popularity over the years against other genres but still they manage to appeal a large segment of players with decent games. As new franchises and series are having hard time to adapt and be successful among fighting games, we see old series from the 90s are still on the top of the list for gamer community.

Thanks to these series that left a mark in our childhood, sometimes we wanted to get karate lessons and sometimes we tried flying kicks in our living rooms. However, Mortal Kombat has a very distinct place among these franchises. This series, in which blood, brutality and ruthlessness are adopted as themes, evolved over the years and delivered us a new game. Could Mortal Kombat 11, which gives quite important details in terms of storytelling, satisfy the fans of fighting games? Let’s take a closer look Mortal Kombat 11 with a PS4 Review.

My first impression from the online closed beta made me feel a little confused about the combo system. Since the ninth game, the gameplay mechanics based on a certain foundation and still being driven through the same mechanics in the new game. Mortal Kombat, which gets into a fast pace in the tenth game, never reduces its tempo in Mortal Kombat 11 too. Developers who integrate fast or slow combos to the specific characters, want you to try out each one of them and pick the one that suits you most. Newly added characters are quite useful though. While Ferra and Torr from the previous game are not playable anymore, new characters such as the Kollektor and Cetrion feel robust and more welcoming than the previous newcomers.

Players who played the previous game will remember that each character had their own fighting styles. The Nether Realm team, which gave each character three fighting styles in Mortal Kombat X, this time divided this feature in more details. New skill system allows players to pick the skills they want to use before the fight.  Developers added more than 10 skills to each character and combined these skills with the basic features of the characters. After you create your own set of skills, you can enter the game and use them in your combos. However, some skills are not used in the same sets. This feature, which aims to balance the fighters, seems quite appropriate. But I would like to underline that some of these skills are unnecessary. When you want to create a character set, you are constantly adding the most useful ones to your combination.

Another important feature of Mortal Kombat 11’s combat system is the dual-bar system called Dual Meter. Normally, this feature was divided into 3 bars in the old two games. This element, which we use to maintain a combo or avoid the enemy’s combo, is divided into two as attackers and defenders. Now, we must use these bars more carefully in our attacks and defense moves. On the other hand, the X-Ray system from the previous game changed in Mortal Kombat 11 and now allows players to use it only when their health bars reach to the Fatal Blow level, which is the 10 percent of the total health. It wouldn’t be wrong to say that players who use this feature well will always be one step ahead in the fights in online matches. Besides, it is in our hands to refuse to fight against players who have bad connections or ping level. A feature must be in all the fighting genre games.

The story and the story-telling of the game would make you forget the previous fighting games you played. In each game, the developers focused to serve more storytelling content and in Mortal Kombat 11, they reach the peak level. In terms of narration, MK 11 follows the footsteps of the ninth and tenth games with its fun story and realistic intermediate scenes. In Mortal Kombat X, Raiden was defeating Elder God Shinnok and taking his amulet, which causes him to change and become more ruthless. Raiden’s fatherly and leader personality turns into more brutal and insensitive person. Because of his actions in the 9th and 10th games, Raiden disturbs the balance of the universe and a character named Kronika, who can bend the time, comes to fix the issues which Raiden causes. The character of Kronika, who has a bond with Shinnok, creates a hole in time to eliminate Raiden and brings the Mortal Kombat tournament into the future. The characters like Shao Kahn, Sektor, Cyrax and Noob Saibot are reintroduced in the story, while Johnny Cage, Kung Lao, Liu Kang and Kitana meets their young-selves. In addition, characters like Jax and Johhny Cage, who have aged in the story, meet their children who became the same age with them. I can guarantee that the conversations between old and young Johhny Cage will entertain you.

In terms of storytelling, Mortal Kombat 11 is the longest one in the series and now you can make choices during the story. But these choices do not affect the story in any way, as in other games. During the cinematics, players can choose which character they want to play with between two options. According to our choices, the characters change in the cinematics. We hope that this system will be further developed in the next games and the story can be shaped according to our choices.

On the other hand, as we progress through the story, we can obtain cosmetic items to the characters. Developers who show each character individually in the story, give a few cosmetic items for all characters during the story. With a highly detailed character personalization system, Mortal Kombat 11 will keep the players busy with this feature. In addition, entrance and exit animations of the characters during fights also can be changed, and in order to make change cosmetics, animations or details, players need to save up money. In the micropayment section, the game allows players to have easy Fatality option. So, when you buy these easy Fatalities, you can do Fatality moves by just pressing two buttons.

The Krypt system, which features cosmetics, is a separate game. It is fun to discover the Krypt system that we open crates for in-game money. In this section, Shang Tsung welcomes us as we explore the island where the old Mortal Kombat movie took place. Beside to Krypt section, there is a new tower mode called Towers of Time. Thanks to the different types of towers, it is nice to have another game mode where we can spend time in the game except for online matches. If you want to pursue cosmetics in the game, you have to spend a lot of time in this mode.

The animation quality of the game is quite good. Aside from the intermediate scenes, you will want to watch the Fatality and X-Ray animations over and over again. Fatality animations, which have quite fantastic scenes, are designed specifically for each character’s theme. Mortal Kombat 11 serves 60 FPS during the fights, yet it can fall to 30 FPS in these animation sequences. And now the gestures of the characters are more realistic too. The pain of the characters can be easily seen from their faces during the X-Ray scenes.