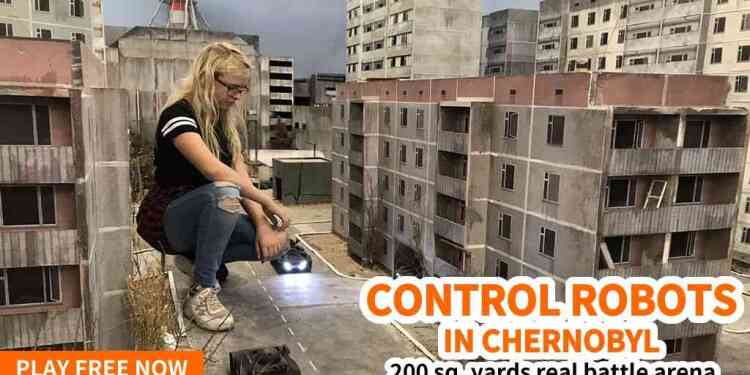 In the video gaming industry, we have seen many developers tried to make games that we never saw or experienced before. But today, a developer named Remote Games, shows itself with a very interesting game named Isotopium: Chernobyl. Actually, we don’t even sure can we call it a video game, you can decide it yourself.

Let’s get into details.

“Remote Games” is a start-up founded by people who share the same idea of modern online games. “REMOTE REALITY” is a new concept that incorporates remote-controlled robot technology. We created a gaming platform that allows a player to control real robots over the Internet in real time. Video streaming comes without delays from robot cameras. Game takes place in arenas that can be located anywhere in the world. All arenas are linked together. Players can switch from one arena to another in just one click and play in multiplayers mode.

Furthermore any player can build their own world in their basement or garage. In addition to software, we are developing and building a variety of robots and other devices. We truly believe that our new gaming concept will find a lot of enthusiasts around the world. “