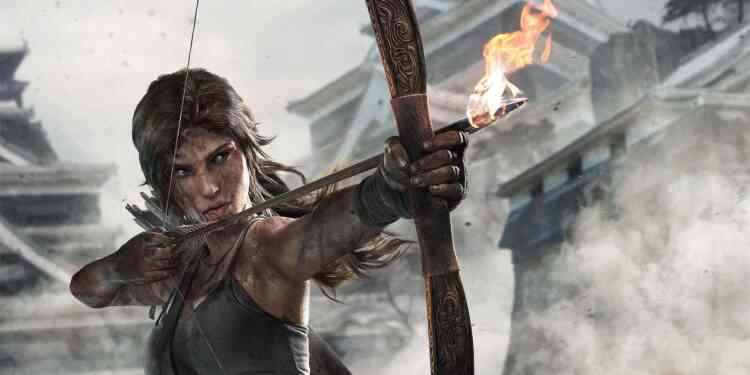 Peter Connelly, video game composer and sound designer, best known for his incredible work on the Tomb Raider™ franchise, announced today a brand new crowdfunding campaign (via Kickstarter) with the intention of producing Tomb Raider: The Dark Angel Symphony, a studio album featuring the music from Tomb Raider: The Last Revelation™, Tomb Raider: Chronicles™ and, most excitingly of all, Tomb Raider: The Angel of Darkness™.

Organised entirely by a dedicated group of dedicated, die-hard Tomb Raider™ fans, this all-new Kickstarter campaign is backed by world-class names within the music industry.

For nearly 20 years, Connelly and Tomb Raider™ fans have dreamed of hearing these beloved musical scores on a fully mastered studio album. Now, thanks to the crowd-funding power of Kickstarter, they have their chance to realise this dream. This campaign is running now until 11:59 pm on December 3rd, 2018 and can be seen here: http://kickstarter.trdarkangel.com

No mere lazy copy of the original game scores, the new album with remain faith faithful to the Tomb Raider scores that fans cherish but will be totally transformed and rearranged using state-of-the-art techniques and professional audio engineers, simply not available or practical when the games were being designed some 15–20 years ago. Connelly intends to bring the musical compositions and recordings up to date and provide the listener, not only a sense of nostalgia, but with a whole new experience of this familiar and much-loved Tomb Raider music.

For those craving the original audio compositions, the original versions of Connelly’s pieces will also be made available, properly remastered and beautifully presented, to tie-in with the new orchestral album so that fans can enjoy the original scores in the best possible quality.

Kindly sanctioned by Square Enix® Europe and Crystal Dynamics®, Tomb Raider: The Dark Angel Symphony has been in development for two years, uniquely driven and arranged entirely by those who love the franchise the most: “By the fans, for the fans”!

Tomb Raider: The Dark Angel Symphony will be recorded at the prestigious Air Lyndhurst Studios, London. This cutting-edge studio has the perfect facilities to achieve the album’s ambitious production requirements.

Artwork, promotional material, pledge rewards, websites and social media feeds, pamphlets and miscellany are also being produced by Connelly’s team. Backers of the Kickstarter campaign will have the chance to obtain rare and sought-after Tomb Raider merchandise and exclusive memorabilia.

Tomb Raider: The Dark Angel Symphony treats old and new fans alike to the finest musicians, sound engineers and arrangers in the world, including:

Dr. Richard Niles – Orchestrator / Arranger / Musician: One of the most versatile men in modern music, Dr. Niles has worked alongside such musical legends such as Paul McCartney, the Pet Shop Boys (“Left to my Own Devices” http://bit.ly/29fgxMk), Ray Charles, Cher, James Brown, Kylie Minogue, Tears for Fears (“Sowing The Seeds of Love” http://bit.ly/1iybTmN), Tina Turner, Cat Stevens, Grace Jones, Swing Out Sister, Take That, and Grammy- and Ivor Novello Award-winning producer Trevor Horn CBE (“The Man Who Invented The Eighties”).

Isobel Griffiths – Orchestra Contractor: A frequent collaborator of Dr.Niles, Isobel has also worked with Hans Zimmer, Howard Shaw, and James Horner (to name but a few) in hand-picking musicians for orchestral ensembles.

Martin Iveson (Atjazz) – Musician, Composer, and Audio Production/ Mastering: A true audio specialist with a long history of working in video games and the music industry.

Tina Guo – Celebrity Solo Cellist: Tina is an internationally acclaimed, Grammy-nominated virtuoso acoustic/electric cellist, recording artist, and composer. Ms. Guo is regularly engaged by orchestras and venues around the globe, features in commercials and world tours, and has been a featured soloist in events such as the Cirque Du Soleil’s Michael Jackson ‘The Immortal’ World Tour and the League of Legends’ World Championship in Los Angeles, streaming to an audience of over 33 million online.

Julie Elven –Solo Vocalist: Julie Elven is an award-winning Soundtrack and Filmscore Vocalist based in Munich, Germany. During her career, Julie has featured alongside James Newton Howard and multiple orchestras, including the Czech National Orchestra, the North Netherlands Symphony Orchestra, and the Malága Symphony Orchestra. Julie is best known for her soloist vocal work on triple-A gaming titles such as Horizon Zero Dawn, World of Warcraft: Legion (plus many other famous titles by Blizzard Entertainment), Riot Games’ League of Legends, and more.