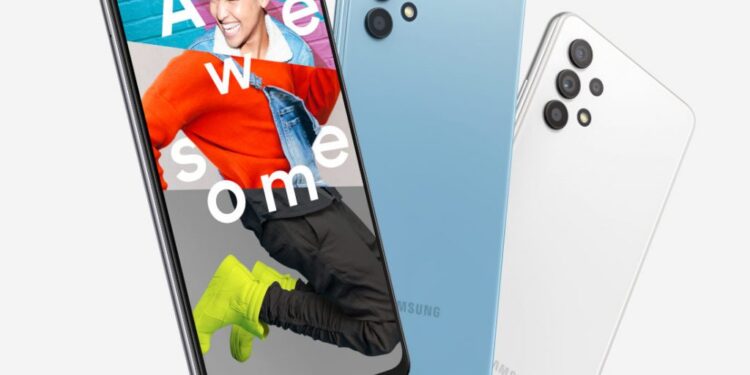 Samsung announced its new mid-segment phone Galaxy A32. The phone, which has standardized features such as FHD + resolution, 64 MP main camera, and 5,000 mAh battery, has a normal price tag.

South Korean technology giant Samsung announced its new smartphone named “Galaxy A32” at an event it organized. The device, which is a new version of the Galaxy A32 5G announced about a month ago, differs from the original model in several technical features such as screen resolution, processor, and camera features. So what does this phone promise to consumers?

The Samsung Galaxy A32 comes with a 6.4-inch FHD + resolution Super AMOLED display. Also, this screen, which offers a refresh rate of 90 Hz and has Corning Gorilla Glass 5 protection, comes with a front camera that offers 20 MP resolution in its notch. With these screen features, the front camera is slightly more advanced compared to the Galaxy A32 5G. By the way, let’s also point out that there is a fingerprint reader sensor embedded in the screen.

Design Same As Galaxy A32 5G

Samsung announced its new mid-segment phone Galaxy A32. The phone, which has standardized features such as FHD + resolution, 64 MP main camera, and 5,000 mAh battery, has a normal price tag. Also, Samsung’s new smartphone; MediaTek Helio G80 is powered by the processor. Besides, the phone, which has up to 8 GB of RAM and 128 GB of storage, has microSD support of up to 1 TB. Furthermore, the device, which has an Android 11-based One UI 3 interface, has a 5000 mAh battery that offers 15 watts of fast charging. In Galaxy A32 5G, MediaTek Dimensity 720 processor was preferred.

The Samsung Galaxy A32 has a quad-camera setup. This camera setup includes a main camera offering 64 MP resolution, an 8 MP ultra-wide-angle camera, a 5 MP macro camera and a 5 MP depth-focused camera. In Galaxy A32 5G, 48 MP main camera and 2 MP depth-focused camera used. In short, Samsung has decided to compensate for the impressiveness that fell when it removed 5G support with other features it upgraded.

According to the statements made by Samsung, Galaxy A32; Available in black, white, blue, and violet. There is a charge of $ 270 for the version with the lowest specs of 4 GB of RAM and 64 GB of storage.