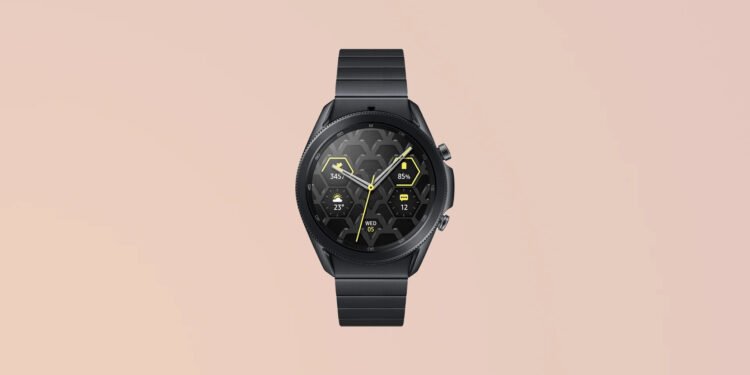 Samsung announced the Galaxy Watch 3 Titanium. And a specially designed smartwatch looks extremely stylish. Also, with its matte black colour, metallic bracelet, and titanium body. We can still dream for a while, as the price of the watch has not been announced yet. The new generation ‘classic’ smartwatch: Galaxy Watch 3 with Galaxy Note 20 and Galaxy Buds Live had introduced at its launch event on August 5. Samsung has now announced the new smartwatch Titanium, which combines luxury and durability.

Under its body, the new smartwatch, which has the same features as the original Galaxy Watch 3. It has a premium titanium body as the name suggests. Also, the new smartwatch comes out of the box with a metal strap instead of leather, unlike standard models.

Under its body, the new smartwatch has the same features as the original Galaxy Watch 3. The new smartwatch titanium has a colour option called Mystic Black like the standard model. But it has a more stylish and noticeable matte black appearance. Besides, the strap of the watch comes in a matte black color to complement the design. And since it is easy to adjust, it can adapt to wrists of different thicknesses.

According to the statement made by Samsung, the new smartwatch will available as of September 18. It will only in 45mm, Bluetooth, and Mystic Black colour options. Samsung has not announced the price of the Galaxy Watch 3 Titanium at the moment. For more information about Galaxy Watch3 Titanium, you can visit here.