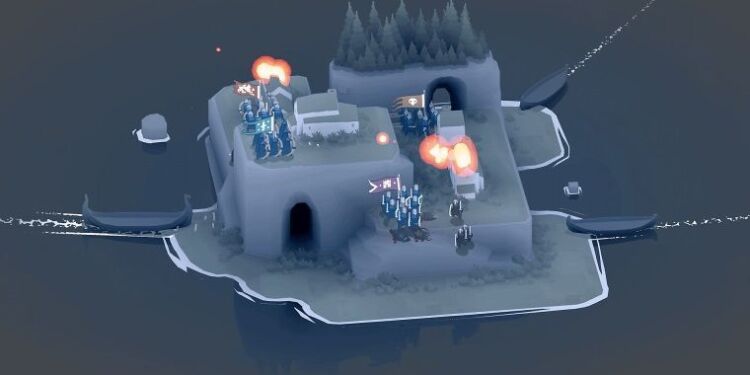 Let's take a look at this strategy game, which combines minimalistic graphics with roguelike elements. So here is our Bad North review.

Developed by Plausible Concept, Bad North was launched for PC, PlayStation 4, Xbox One and Nintendo Switch on August 20th, 2018. Let’s take a look at this strategy game, which combines minimalistic graphics with roguelike elements. So let’s check our Bad North review.

Our goal in Bad North is to capture the islands on the map. In doing so, we must protect our soldiers and evade the attacks.

I guess it wouldn’t be wrong to use the term real-time strategy for Bad North. However, unlike strategy games, we do not produce our soldiers in the game. Instead, we train our soldiers given to us well and use them in battles.

We start the game with two commanders in total. We can get new commanders on some of the islands we have captured (the islands with a flag on it). And we need to train the soldiers in their hands according to our needs and to evade the enemy attacks. 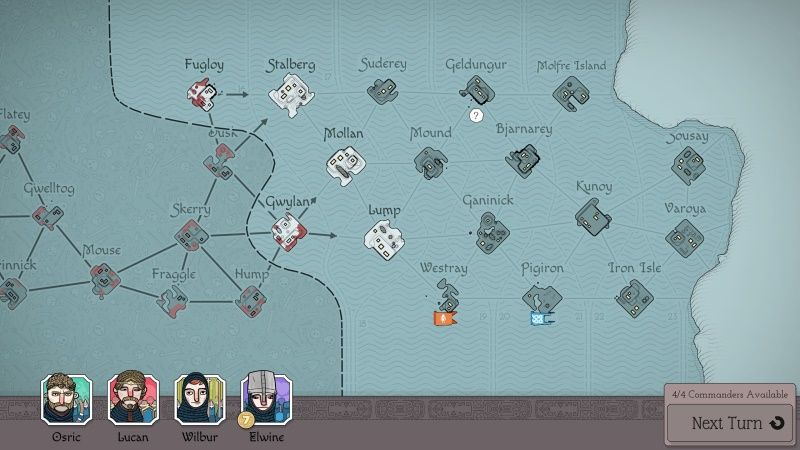 One of the reasons of commanders being very important is that they determine the number of attacks you can make in a round. While attacking an island, if you think two commanders are not enough, you can make extra attacks with the commanders available. With four of your commanders, you can attack four different islands. However, it is useful to be careful, your commander and your soldiers went forever if they die during an attack.

When you enter the battlefield of the game, you choose the commanders you will use and then you start the battle. The maps are all islands. What you need to do is to fight back in the right places at the enemy soldiers that come with the boats. If you do not meet enemy soldiers in the right places, they are starting to set fire to the settlements on the island. When these settlements are burned, even if you win the battle, the prize you receive is decreasing.

When you win the battle, you get a certain gold from the settlements on the island. You can share these gold among the commanders participating in the war and train the soldiers. Although the training costs of the soldiers are a little high, they play an important role in the game.

There are three different units in the game where you can train your soldiers; archers, pikemen and infantrymen. Archers have the opportunity to attack in long-range, but they don’t do much damage to the shielded soldiers. They are also easy targets in close combat. Pikemen are very good at defending a certain point, but they are open targets for archers. They are also unable to attack while moving. Infantrymen can protect themselves against archers with their shields and they are very good at attacking. 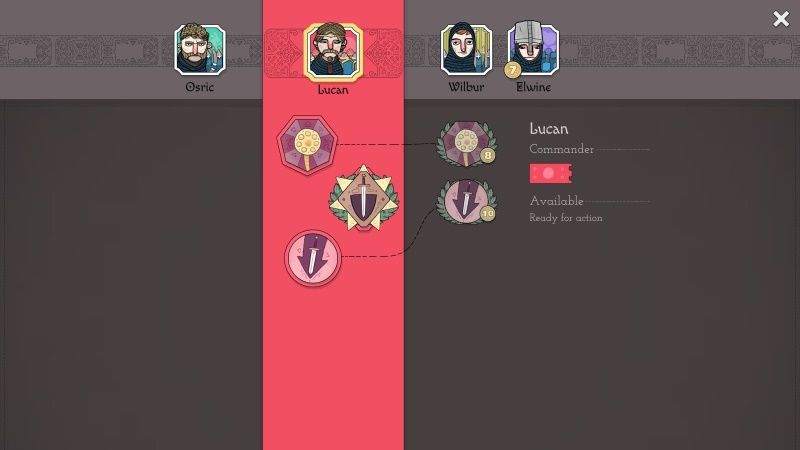 We have the opportunity to upgrade all the troops three times, and their features are increasing each time. For example, archers’ range and accuracy increase. Also, after upgrading the troops for the first time, we can also teach abilities to our troops. While infantrymen jump on the enemy from high and disperse the enemy line, the archers are raining arrows on a certain area.

Apart from these upgrades, some of the islands have some items that we can add to our commanders. While some of them allow us to call for help, some of them throw the enemy soldiers into the air. We can also make these items more powerful by upgrading them with gold.

There are 7 different units in Bad North that you will encounter in total. In the beginning, it is not necessary to make a strategy, but when the Brute and Brute Archer units join the war, you begin to have serious problems. You need to do serious strategy against Brute Archer unit.

The graphics of the game designed in a fairly simple way. Not many details, but very soft texture. The music selections of the game are very simple. Sound effects in the battles are also quite simple.

Bad North is quite a fun game. Such things as the violence, forcing you to strategy at certain points and the roguelike elements being blended in, are very successful. However, the biggest problem of the game is that it’s not a game to be played again. It is hard to find a reason to start from the beginning when you die. In a nutshell, Bad North is a beautiful and successful game that can be played from time to time. But if you’re looking for a game to spend hours, it won’t be the right option. We hope that you liked our Bad North review.

Let's take a look at this strategy game, which combines minimalistic graphics with roguelike elements. So here is our Bad North review.

Tom Clancy's The Division 2 got Mature rating from ESRB