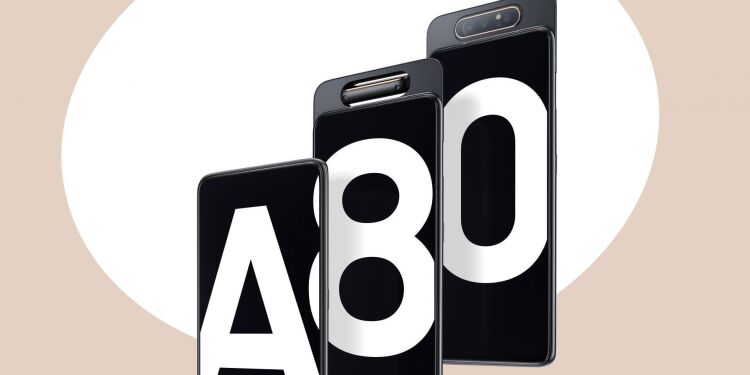 Few days ago in Milan, Samsung presented the Galaxy A80, a new mid-range smartphone with some of the company's most innovative features

Few days ago in Milan, Samsung presented the Galaxy A80, a new mid-range smartphone with some of the company’s most innovative features – such as the fingerprint reader under the screen and the 3D camera. With the rise of Xiaomi and Huawei in the middle price range of the European market, Samsung has been forced to reinvigorate its production with a new product portfolio. Up until now, the A80 could be described as the most striking and solid product that Samsung has presented in the mid-range in recent years.

The most interesting characteristic is indeed the peculiar retractable and rotating camera. By default, the camera is located on the back of the phone, but when you want to take a selfie, the device raises the assembly and, at the same time, makes it rotate 180 degrees. Thanks to this system, the screen can occupy the entire front side, something that does not happen in other phones that usually have to save part of the screen for the front camera. Moreover, in this way the front shots can finally match the same quality of those captured with the rear camera. 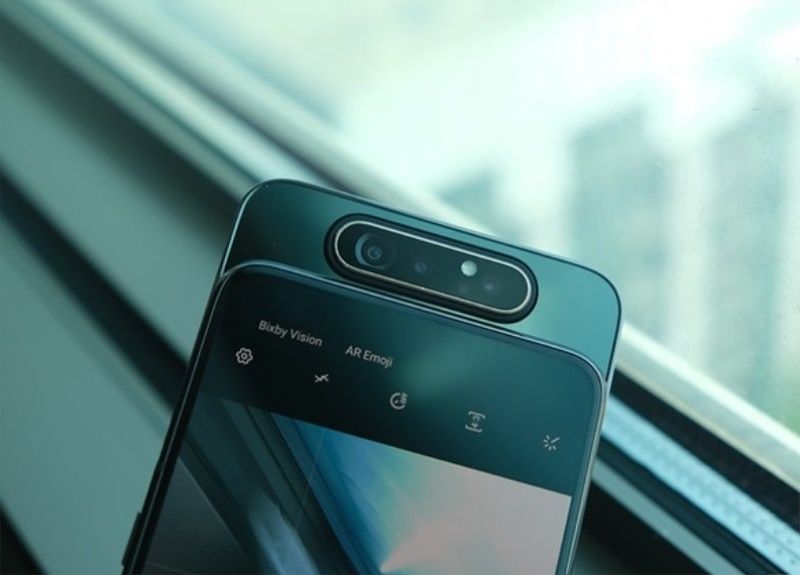 The camera consists of a 48-megapixel main sensor and f/2.0 lens. Next to it, there is a 3D sensor – which allows you to capture photographs and videos without losing the focus – and a second 8-megapixel camera with a wide-angle lens capable of collecting a range of vision of 123 degrees. The three sensors, as in other models of the brand, rely on artificial intelligence algorithms to enrich the final results. The screen, as usual with Samsung, has Super AMOLED technology, a size of 6.7 inches and a Full HD + resolution (1080 x 2400). Under this there is a fingerprint reader that, despite not making use of ultrasound as in the Galaxy S10, is also hidden under the OLED panel.

The Samsung Galaxy A80 represents the star of the Samsung A-series launch. It will be available in three colors (Phantom Black, Angel Gold, Ghost White) and will arrive in Europe over the next few weeks at a price, for now, unknown. 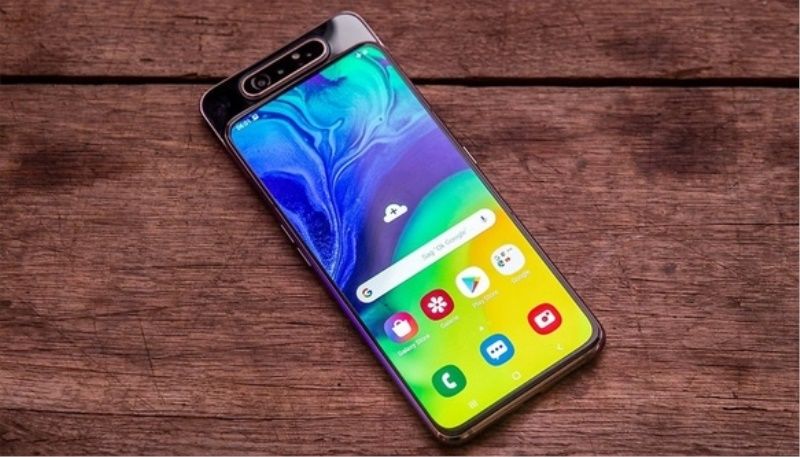 The new smartphone has a great potential to be a great success in the market, however there are some doubts that only time will answer. For example, is the camera suitable to take pictures with limited light conditions? The aperture f / 2.0 of the lens is significantly smaller than the f / 1.5 of the Galaxy S10 +. Has Samsung compensated this inferiority with a more sensitive sensor or with an advanced image processing algorithm? The mechanism that rotates and slides the camera works with amazing speed, but will it be lasting? Last but not least, is the price going to reflect fairly its qualities?