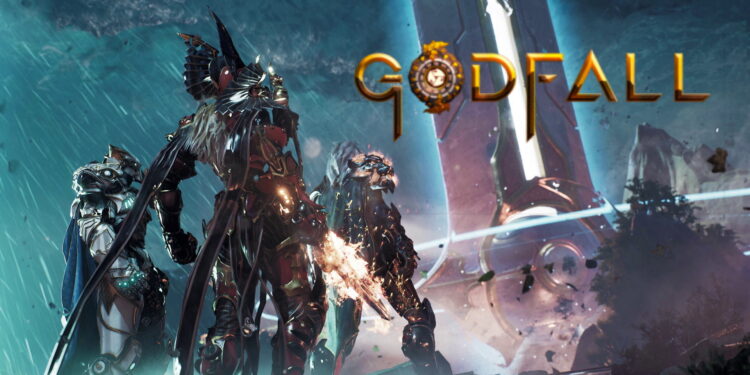 The cinematic trailer for Godfall, developed by Counterplay Games and to be released by Gearbox Publishing, has been released. Details are in our news.

The cinematic trailer for Godfall, developed by Counterplay Games and released by Gearbox Publishing, has released. Besides, in the released cinematic trailer, we take a closer look at the third-person action combat system the game has. Featuring plenty of epic scenes, the video also shows special skills that make it possible to attack multiple warriors attacking from different angles.

Also, the prices for the PlayStation 5 version of the game became clear. Moreover, available for pre-order via PlayStation Store, the standard version of the game has a price tag of $ 69.99. Finally, and the Digital Deluxe version for $ 89.99, and the Ascended version for $ 99.99. Also, users who pre-order Godfall on the PlayStation Store will receive a free Godfall Starter Pack, which includes several booster items as well as Chrome Valorplate skins for Silvermane Phoenix and Greyhawk, Zer0’s Sword Longsword, and Red Valorplate skin for Typhon. Finally, the cinematic trailer for Godfall, developed by Counterplay Games and released by Gearbox Publishing, has released.

Godfall is a brand new generation looter-slasher game set in a sparkling fantasy universe filled with brave knights and mysterious spells. Furthermore, with this fantastic action RPG based on third-person melee battles, you’ll collect loot, equip legendary armour sets and fight blood-soaked enemies. Also, you can earn dizzying loot in this game where you will face tough challenges and defeat the armies you encounter.

Godfall will release for PlayStation 5 on November 12, 2020. Also, will release via Epic Games Store for PC. Finally, you can check out the cinematic trailer of the game below.