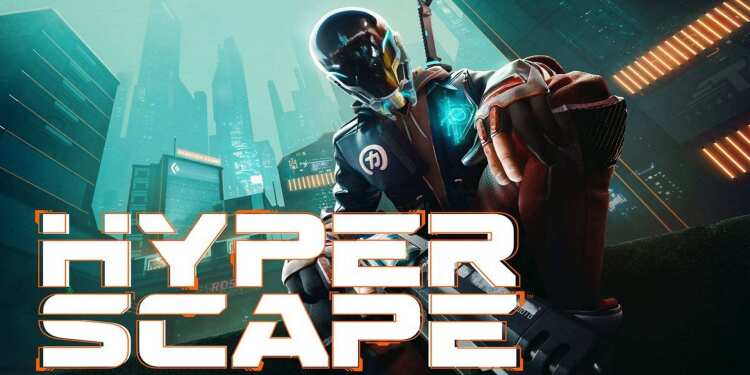 As we know, battle royale games are favourite these days. Hyper Scape brings different dynamics to this genre. So let's check our Hyper Scape review.

Hyper Scape is a futuristic game set in the world of 2054. People ruined earth over the years, and they have to rebuild it. The technological developments are compulsory in this period. This period is so weird that we try to get more efficiency from the cows by making them wear 360 VR, technology is the most critical issue in these days. Sure, private companies reigned around the world.

One of these companies, Prisma, is a sort of escape route for people from this chaotic world in some way, and the world of Hyper Scape built. The most important task is to get ‘Crown’, and this task integrated into the whole game. However, it is a challenging world; the first teaser of the game shows that things got a little out of hand. Anyway, no pain, no gain. So, I can say Ubisoft managed to establish the to a good story game properly. As new seasons release, we’ll learn much more detail about the story. In association with the story, the game may shape with different and dynamic advances.

What about the map system?

Hyper Scape resembles the other Battle Royale games. Ninety-nine players dive into the map, there are two targets: either to become the last person standing or to get the crown appearing towards the end. If you capture the crown, you have to hold it for 45 seconds. It is stressful because all see you for the time being. What an anxious wait. You will have been successful in both ways. Let’s talk about the map system of this world where we dive with ‘deployment pods’. The map system is essential because the first change is related to it.

Battle Royale game fields are generally horizontal despite the different altitudes. However, Hyper Scape has a vertical area. You can wander on the map horizontally, but the concept of the game is based on heights and pacing on roofs like Yamakasi(2001). You can reach any highness thanks to some skills like double jump or climbing. Getting used to the map system takes a bit of time. The qualifications of the characters and the map system cause to speed up the game; I mean, you have no chance to hide or to go slow. You always have to move even if you stand in a place and you have to progress.

Another change in the map system is Hyper Scape’s collapsing sectors; you should stay near active areas. Battle Royale games were using other dynamics like storm circle to make the map smaller slowly. Hyper Scape map divided into different sectors. These sectors start to diminish from the map at random, after a while. Meantime, you rush to the remained areas. Additionally, the most critical problem of the map system is the similarity of the fields’ buildings. There are higher skyscrapers and different premises, but the places are the same appearance in general.

It is possible to find a weapon in Squads or loot crates. You have many options like submachine guns, grenade throwers, rifles and the rest. You don’t need weapon attachments. The critical point is to find your favourite weapon by searching everywhere. Apart from the guns, there’s a hack dynamic. You can collect the features for your character in the game field, and there is a two feature limit. If you want to change your functionality, you can do anytime while playing.

There are many standard features; regeneration, laying mines or shields. Apart from them, you have terrific other features; you can put up a wall, or you can be invisible. You can move fast; even you transform into a ball to run away from enemies. Using all these features wisely is a highly significant point in the game.

The game currently has three game modes. You can play as a single-player, with a team or faction war. There are four teams consists of 24 people, and those teams enter to the game field and fight each other. This detail reminds me of Team Deathmatch that resembles Hyper Scape’s dynamics.

In Battle Royale games, you wait for a long time when you die. As new games released, solutions became. The dead players didn’t need to leave the game. Apex Legends did it by Respawn cards while Call of Duty Warzone offered you to recall your teammate with the money that you collected out of Gulag system. Hyper Scape also allows staying in the game. If you die, you can move as ‘Echo’ (your digital ghost) in the game field. When you are a ghost, you can talk to your team. When any player dies, unique pods appear, and your team can revive you to the game field. But arriving at the pods is very difficult. The enemies can be there, or there can be a gunfight in the area.

Hyper Scape is a difficult and challenging game all in all. You need to adapt to the match swiftly because it has fast gameplay. I have to say that I failed again and again while playing in the first days. The fights are in a chaotic atmosphere; it is hard to follow both your team and your enemies—the structure of being both vertical, horizontal and its fast dynamic challenge you. Sometimes you have been challenged by some events about gravity or dropping crates on the game field.

Nevertheless, getting those events is just by chance. Hyper Scape dynamics depends on your luck, not your ability. Another negative feature is no balance between the weapons. The game is in beta version now so the balance issue can be modified later. Currently, some guns are more effective than others.

Consequently, Hyper Scape managed to be a different Battle Royale game thanks to its theme and dynamics. It is swift, and sometimes it can be chaotic, but you start to adapt by the time of progress. I can say easily Hyper Scape is your game if you trust your reflexes and got bored slow-progressing Battle Royal games. Hope you liked reading our Hyper Scape review. Stay tuned, enjoy.

As we know, battle royale games are favourite these days. Hyper Scape brings different dynamics to this genre. So let's check our Hyper Scape review.