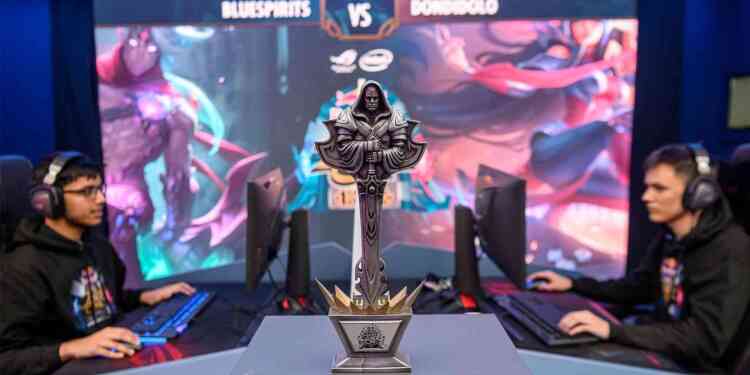 BlueSpirits has emerged victorious as the best League of Legends duelist in the UK at the Red Bull Gaming Sphere in London.

Last night saw Haseeb ‘BlueSpirits’ Rasool emerge victorious at the UK Final of Red Bull Player One, a global 1v1 League of Legends tournament, at the Red Bull Gaming Sphere in London. The thrilling Grand Final saw 16 of the nation’s best League of Legends duelists who made it through the Last Chance Qualifier on Oct 4 go head to head, with BlueSpirits. The UK Final featured commentary from current LEC host Eefje “Sjokz” Depoortere, as well as homegrown British stars Ciernan ‘Excoundrel’ Lowe, and Jake “Boaster” Howlet.

BlueSpirits dominated the competition at the Red Bull Gaming Sphere in London, having qualified for the innovative 1V1 tournament by winning one of two Red Bull Player One university qualifiers in UK campuses earlier this week. The nail-biting final saw BlueSpirits defeat his opponent 3-1 in a hard-fought final and claim victory.

As well as securing his spot in the global final in São Paulo from Nov 30 – Dec 1, BlueSpirits has also won the once in a lifetime opportunity to train with pro League of Legends team MnM Gaming at the Red Bull Player One Bootcamp to prepare for the world stage. The Red Bull Player One UK last chance qualifier featured open signups, meaning skilled duellists across the country had the chance to take part. 16 players made it through to the UK Grand Final, before being narrowed down to the top eight who faced off on the live broadcast when BlueSpirits emerged victorious. Intel and ROG are the Official Hardware Partners of Red Bull Player One UK.

“I had an amazing time at the Red Bull Player One UK Finals at the Red Bull Gaming Sphere. It was really crazy to see how everyone came together in support of BlueSpirits. A lot of the friends he only made at the Qualifier were all here and it was super cool,” said Eefje “Sjokz” Depoortere. “I got to watch the Final in the crowd, and everyone was super excited. There was a good sense of fun and community. BlueSpirits was underrating himself if he says he’s not going to do well in Brazil because he did beat players who were literally 1v1 players and he held his cool and he did it. For me, he’s going to represent the UK well!”

Overall, I had a great experience – I made so many friends and I just had lots of fun. I didn’t think I’d enjoy 1v1 as much as I did. I love playing League of Legends and I’m just so happy,” said Haseeb ‘BlueSpirits’ Rasool. “The fact Sjokz believes in me definitely improves my chances in Brazil but I still think it’s going to be tough. Hopefully I can prove myself wrong and I hope my friends will be able to watch me and I can do them proud.

Red Bull Player One is a truly global tournament with over 25 countries holding regional events across the globe. The thrilling 1v1 format means that as opposed to traditional 5V5 League of Legends esports, there’s no team to come to the player’s rescue in these head-to-head showdowns. Only one player will take the trophy home from the world finals in São Paulo, Brazil from November 30 – December 1.