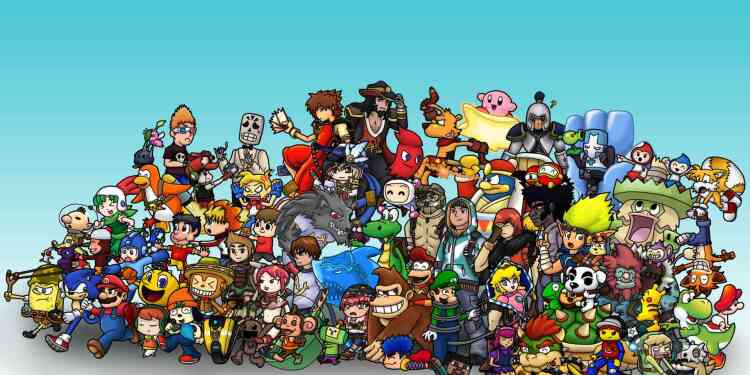 "Best" can change from person to person. But we have a list for you. Our choice of Last 10 year's Best 10 Indie RPG Games. Enjoy

RPG ( Role Playing Game) is a game in which players assume the roles of the characters they are playing. They hunt, eat, drink, try to survive. A kind of life simulation. Players can live in a different life even if it is cyber. They can do whatever they want that they cannot do in real life. It is a kind of freedom. That’s why that type of games are so popular among gamers. So let’s take a look at the last 10 year’s best 10 Indie RPG games. And of course, “best” can change from person to person. Our “best 10” list might be your “worst 10” list. So this list is just our opinion. 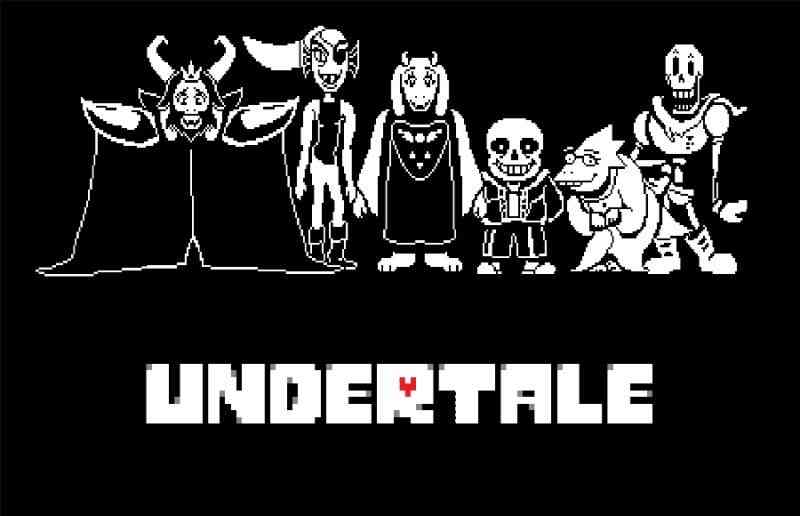 Undertale was out with the slogan “You don’t have to kill anyone”. Each enemy can be “defeated” non-violently. You can dance with a slime, pet a dog, whisper your favourite secret to a knight.

In Undertale, we control a child who has fallen into the Underground, a large, remote region beneath the earth’s surface, which is separated by a magical barrier. This region is full of monsters, and their king wants your soul. Players are also required to solve puzzles in their journey. In this game, you don’t have to hurt anyone, unless you want to. You can be friends with everyone or kill anyone you meet. This game is really “Whatever, however you want” style. Everything is up to your choices. We can say that you decide your destiny. 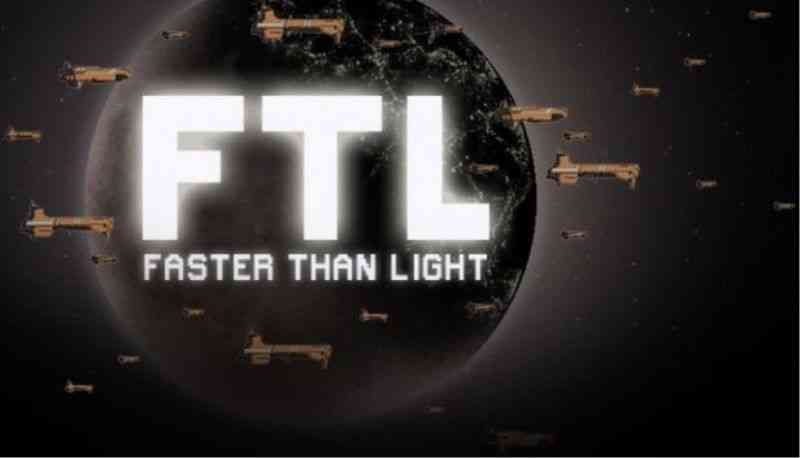 Yes, Faster than Light is one of those games. Games that swallow up your free time like a black hole swallows everything around it. And, this game developed by just two persons.

In Faster Than Light, you are the captain of a Federation starship. You have to deliver essential data to the other parts of the Federation. Of course, it is not that easy. You have to deal with Rebels swarming the space. You do this, jumping across the eight sectors of the space. In each industry, you have different encounters. You can meet traders, attacked by pirates or asked for help. It is up to you how to respond in these situations. Also, you have to be fast because a Rebel fleet is fastly approaching you in each turn. If you are caught… Yes, you know what happens. 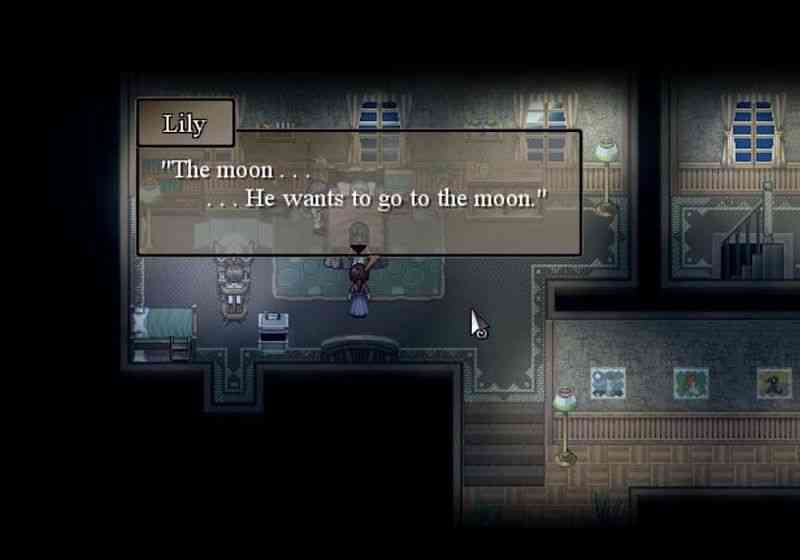 Yes, one of my lifetime favourite games is To the Moon. It’s tough to explain my feelings about the game. I felt everything in this game; sadness, happiness, excitement. All emotions were together. It is a big success to achieve all these together in one game.

Its characters, its scenes, its well-written story, its soundtrack… They are wonderful. This is the story of two doctors who offer to fulfil a dying man’s last wish using artificial memories. You follow the memory bank of this sick man, moving backwards through his life to uncovering more about his final request: ‘to go to the moon’. It seems a classic story, but the process is excellent. Just play this game, and you will understand what I am trying to explain. 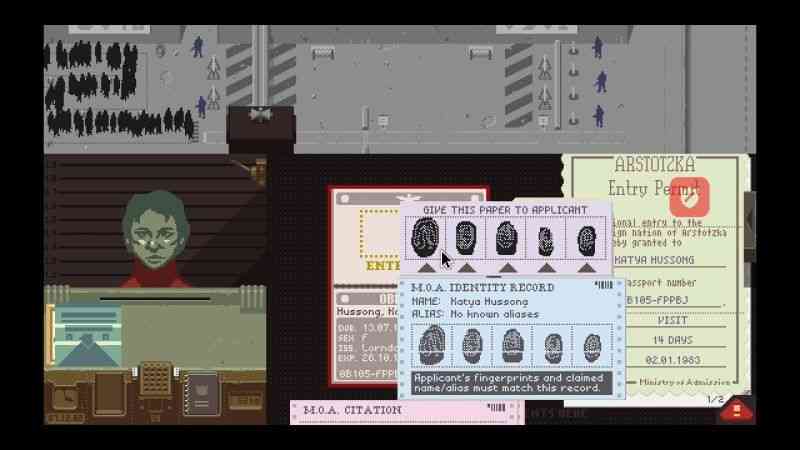 In Papers, Please you take the role of a border-crossing immigration officer in the fictional dystopian country of Arstotzka. You need money. You have a family to look after. So you need money for food, rent, for heating and other daily needs. The game takes place in just one place, migration checkpoint. As an immigration officer, you must review each immigrant and return citizen’s passports and other supporting paperwork against an ever-growing list of rules using several tools and guides. Yes, I know this sounds a bit stressful. And yes, this is stressful. You need to be very careful while checking the passports and other paper works. It is in your hands for people to pass the border or not. You approve or reject. Maybe you are their destiny.

While we are continuing our Best 10 Indie RPG Games list, this is number five. 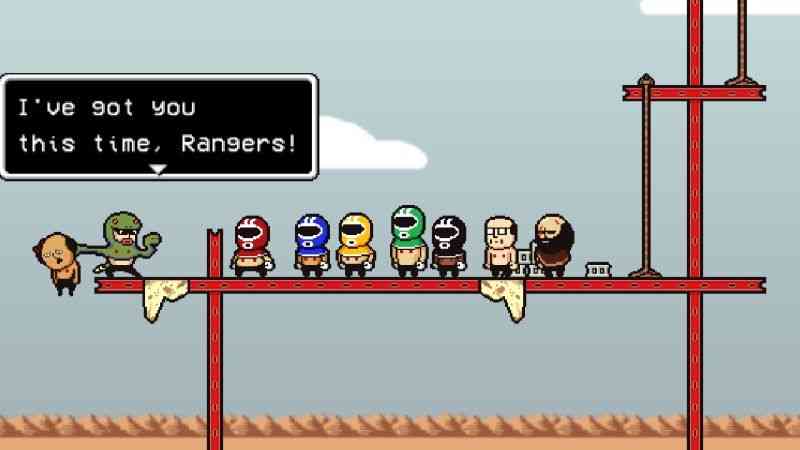 Yes, this game is crushing, depressing, brilliant! It’s a weird mix between the dismal atmosphere and the very well-calibrated gameplay. Lisa: The Painful is the sequel to Lisa: The First. You play as a desperate man, Brad Armstrong also brother of Lisa who committed suicide. The guilt over Lisa’s suicide and the trauma from his father’s abuse is a large part of what drives Brad’s motivations throughout the game. The story takes place in the weirdest place you can imagine, and there are only men and no women left. And one day, Brad “founds” a female infant. He names her Buddy and decides that he has to keep her as a secret from the rest of the world, from the men. But unfortunately, she ends up being discovered and taken away by the army of a warlord known as Rando. And you have to save her. Your journey will go on trying to save Buddy with lots of funny and desperate moments. 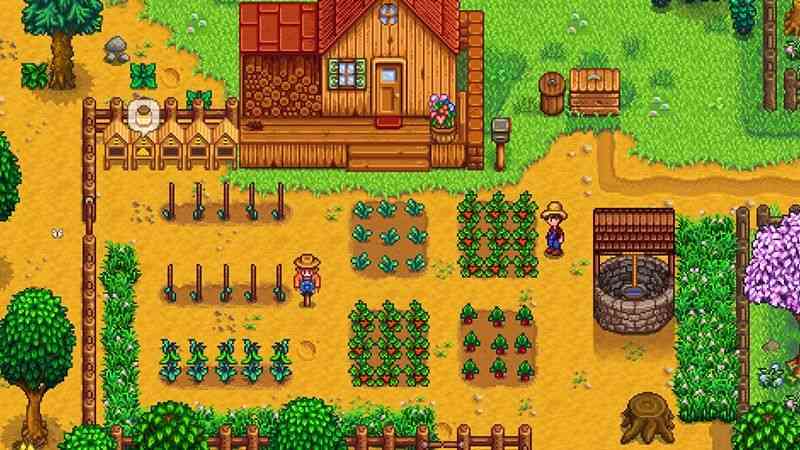 I can easily say that Stardew Valley is not just running a farm and setting up daily life. When you start the game, you take over your deceased grandfather’s ruined farm. In the first few days, you try to get used to daily life. Waking up, planting, watering the crops, fishing and etc. And there is also a town near your farm, you can go there for shopping, talking to the townsfolk, getting new quests. But for example, you cannot go shopping whenever you want. You need to go there between the opening and closing times. Just like the real daily life, isn’t it? Then when you are settled in your farm and city, you grow your friendship with the people in the town. You can celebrate their special days, work with them, give gifts to them and even flirt with them. But this game is not just farming as I said. You can delve into caves, fight monsters, solve puzzles trying to get precious loot and gear. I can also say that this game is addictive. Sometimes you feel bored doing the same things, but you can not give up playing. It’s one of those “five more minutes” games. 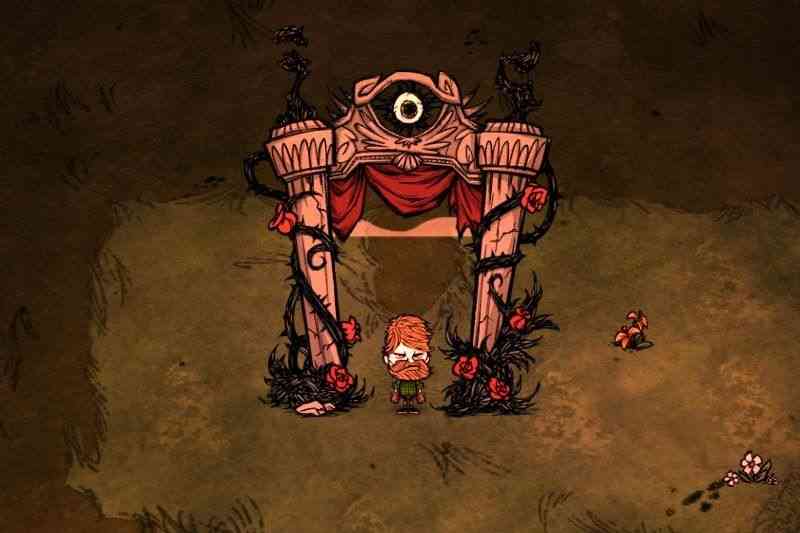 You will die many, many times in Don’t Starve. At least till you get used to the mechanics of the game, sometimes you will die cause of darkness, sometimes cause of attacking pigs, getting bit by bees… No limit about how you die in this game. You just die. But surprisingly, you never got bored of dying. You just start over and over, trying to survive a little longer. But when you get used to the game, you begin to feel like you are the king of the castle.

With a mix of permadeath, random world generation and lots of crafting options, the game Don’t Starve, offers us the thrill of open-world exploration with a survival-oriented twist. 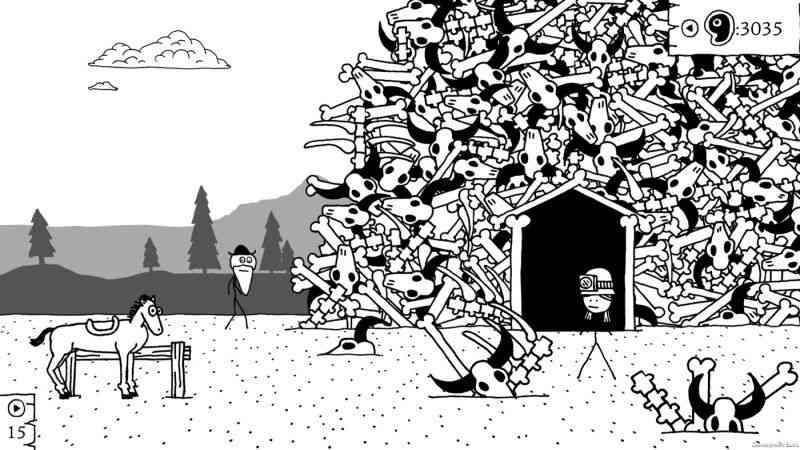 Welcome to Weird West! In West of Loathing, you control stick figures. Yes, stick cowboys. You control a character who got bored with his family farm and decides to travel West. But you are unlucky about timing. You start your adventure after a major magical disaster: the Day the Cows Came Home, and great darkness spread across the West. You will use snakes as whips, battle with evil cattles and goblins and necromancers and ghosts, lots of ghosts. It sounds scary, isn’t it? But no, you will laugh a lot. Really. There is no escaping West of Loathing’s humour, but that humour is so warm and bright that it never gets old. Just try it. You won’t regret it.

We are getting closer to the end of our Best 10 Indie RPG games list, so this is number nine. 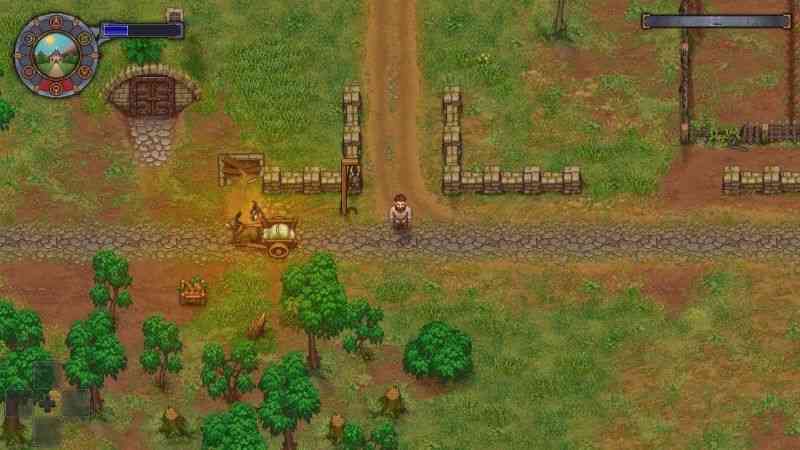 In Graveyard Keeper, you take control of an unlucky man. You are hit by a car and awake to find yourself taking care of a neglected medieval cemetery. And the first “person” you meet is a talking skull—a flying talking skull who lost his body to some grave robbers. And then you meet a talking donkey. Sounds weird, isn’t it? Yes, the game is full of weirdness and fun. You start in a plot with a small hut in it. Around the hut is full of stumps, dirt, grass, rocks. Your first duty is to pick up those resources to craft yourself some useful gear. Don’t think that you will be alone while doing those things; your flying skull friend will visit you in unexpected times. There is also a town nearby. In that town, you will meet fascinating people like dark cult members, stupid singers, criminals and more. So what’s your part in this game? To collect dead bodies, bury them and beautify their grave and beautify your graveyard. 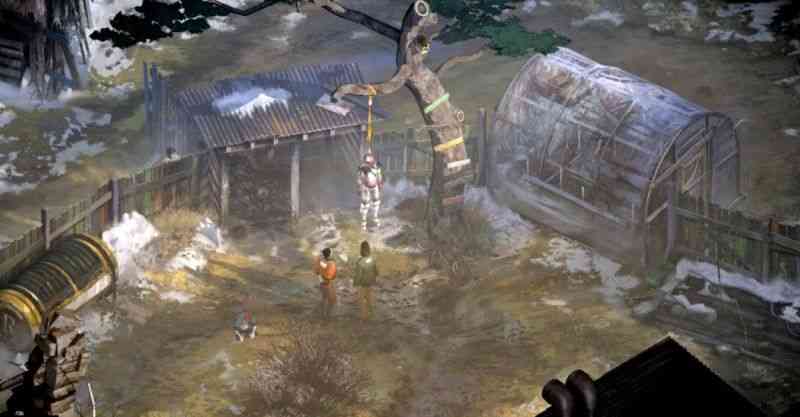 In Disco Elysium, we take control of an amnesic detective who has been charged with solving a murder mystery. You wake up in a hotel room with no memory of where you are or even who you are. We can easily say that Disco Elysium is not a traditional role-playing game. There is no combat in this game, at least very minimal. Instead, we solve the events with skill checks and dialogue trees via a system of 24 skills that represent different aspects of the protagonist.

As you continue to the game, you talk to a lot of people and learn essential bits of information about everything. This game is about a lot of talking. And be prepared to get mentally tired while trying to understand what people are saying. Cause everything is up to the decision you make in dialogue selections. So what makes this game so unique? It’s very very detailed character creation and levelling system, and the amount of control it gives you over how you play your character.

We hope you liked and enjoyed our Best 10 Indie RPG games list. It was really hard to choose the games for the list but we tried to do our best. Of course, you might say some other games should also be on the list. Hope to see you in another article. Stay tuned, enjoy.

Ex Rockstar Boss' New Game is on the Way