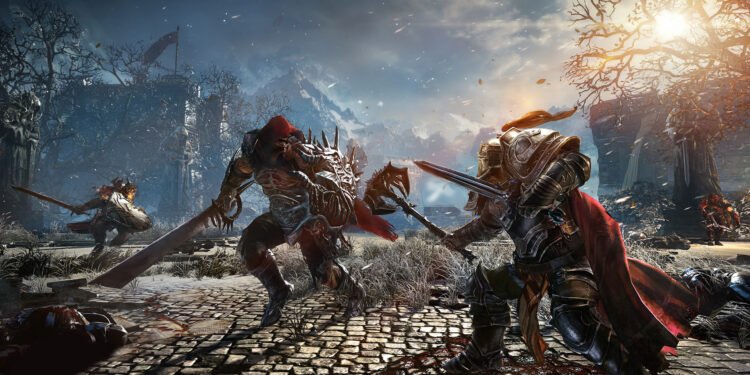 Lords of the Fallen 2developer changed again and publisher CI Games announced that they will work with Hexworks.

Hexworks team consists of 25 professional people with AAA game development experience. The creative director is Cezar Virtosu while the executive producer is Saul Gascon. Gascon was the global development director at Overkill Software and executive producer on The Walking Dead. Also, Virtosu was working at Ubisoft Bucharest and Paris-based support studio Virtuos.

Happily, the new studio will be a steady place for Lords of the Fallen 2. This action-RPG sequel’s development phase was problematical a bit. Firstly, it lost its original producer Tomasz Gop. He opted in the developing phase. He was also the senior producer on The Witcher 2: Assassins of King. Later, Defiant Studios started to work on the game in 2018 before it took over form an in-house studio at CI Games. Unfortunately, Defiant was extricated from the project. CI Games declared that it stopped working with Defiant due to ‘inadequate execution’. The studio reported the working process was insufficient, although Defiant has disapproved of this.

“We categorically disagree with the portrayal of Defiant Studios made by CI Games,” founder and managing director David Grijns told.

CI Games is Excited About Lords of the Fallen 2

Anyhow, Hexworks will finish developing to the game. Now, CI Games wants to meet the fans’ expectations. Also, it assures that the game will be more knotty than the previous one. CI Games describes the game as “a shift from the original’s power fantasy to a dark fantasy”. By the way, CI Games is planning to release the game on next-gen platforms. Lords of the Fallen 2 will be available on PlayStation 5, Xbox Series X, and PC.

“It’s been a long time since we started talking about Lords of the Fallen 2 and trying different ideas.  I am very excited for us to be able to announce the new studio that has been already at work for the last half of the year and made significant progress,” CI Games CEO Marek Tyminski said.

“Initially we decided to keep that quiet as we didn’t want to bring that to public eyes before we would build the core team and before we would all agree on the details of the first project and move forward with our vision. So, this is the time to officially say we are here and we’re here to stay.” So, as Lords of The Fallen 2 developer changed, we cannot know what to expect from the game. We just need to wait and see.