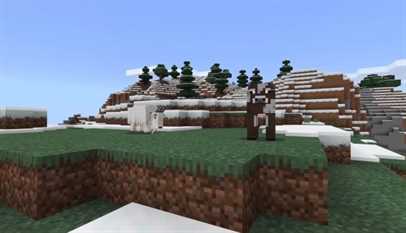 A Minecraft player streamer climbed Mount Everest, the highest point in the world, by modeling it one-to-one in Minecraft. Details are in our news.

A Minecraft player streamer climbed Mount Everest, the highest point in the world, by modeling it one-to-one in Minecraft. The climb that took weeks in real life was completed in 4 hours in Minecraft.

Although Minecraft is not an attractive option for many gamers with its pixel graphics, it provides great opportunities for players who want to express their creativity. A Twitch broadcaster demonstrated the game’s possibilities in the best way by making a full-scale model of Mount Everest. So, it was the world’s highest point in Minecraft.

Minecraft player and Twitch streamer G0ularte used the BTE (Build The Earth) mod pack to model Mount Everest at a 1: 1 scale, which took weeks to climb. In addition, OpenCubicChunks and Terra 1 to 1 mod were other mods used to bring Mount Everest to Minecraft.

With the creation of Mount Everest on a scale of 1: 1, the audience started to ask a single question to Minecraft player the G0ularte; How long can you get out? As we mentioned above, it takes weeks to climb Everest in the real world. However, since there are no adverse weather conditions or unclimbable cliffs in Minecraft, the G0ularte manages to reach the summit of Everest in just 4 hours.

The mods greatly increase the abilities of the Minecraft players. In the last period, a Minecraft player even created a playable map of Europe. It won’t be surprising to see a 1: 1 model of the whole world in Minecraft soon. You can find a replay of G0ularte’s post, which he modeled and climbed Mount Everest 1: 1, here.