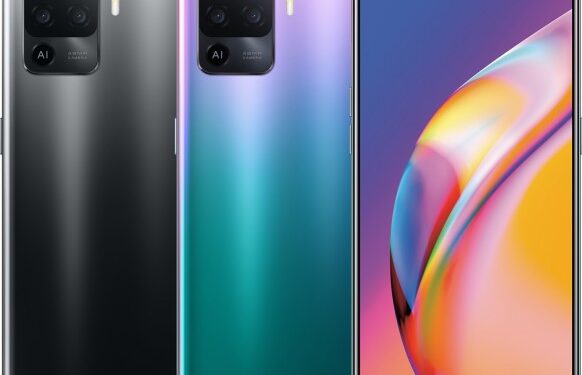 OPPO announced its mid-segment phone called A94. Although the price has not been announced, it remains uncertain whether the phone, which attracts attention in terms of technical features, will come to the European market for now.

Chinese technology company OPPO announced its new mid-segment smartphone called A94 at an event it organized. The phone, which is the successor of the A93 smartphone, announced in October last year, is at a level that can impress consumers with almost all its technical features and design.

OPPO A94 has a 6.43-inch AMOLED display that offers FHD + resolution. Offering a refresh rate of 90 Hz, the screen offers a touch sensitivity of 135 Hz during normal use and 180 Hz during gameplay. Besides, in the hole on the top left of the screen, there is a front camera offering 32 MP resolution. There is also a fingerprint scanner sensor on this screen.

OPPO A94 is powered by MediaTek’s Helio P95 processor. Besides, this power is combined with 8 GB of RAM and 128 GB of storage space. Also, microSD support is also offered for more storage. Furthermore, the device, which comes out of the box with the Android 11-based ColorOS 11.1 interface. Also, the device comes with a battery with a capacity of 4.310 mAh that offers fast charging support called 30W VOOC.

On the back of the phone is the camera setup that looks like the Galaxy S20 family. This camera setup includes a 48 MP main camera, an ultra-wide-angle camera, possibly 8 MP resolution, a 2 MP depth camera, and a 2 MP macro camera. The AI-powered camera setup seems to deliver the highest quality possible.

OPPO A94, announced to have all these features, can be purchased in two different color options, black and purple. For now, the price of the phone listed on the website prepared only for the United Arab Emirates is unknown for now. Finally, you can find more smartphone news here.