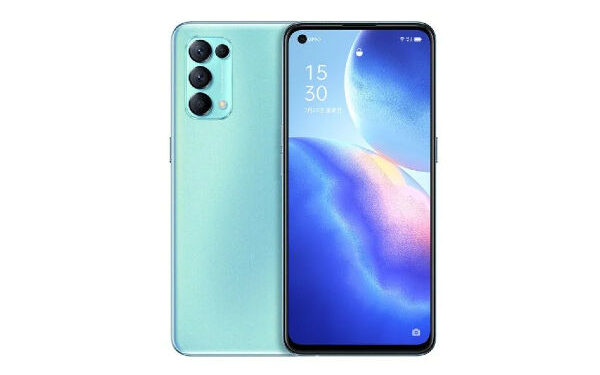 OPPO announced its new mid-segment Reno5 K model. Reno5 K, which has managed to be one of the most remarkable models of its level with its design and features, promises a quality viewing experience with its AMOLED screen.

Chinese smartphone maker OPPO announced the OPPO Reno5 K, the newest model in the Reno series. Reno5 K, which has a very similar design to the original Reno5 model, offers a high screen/body ratio with its perforated screen design; It promises an assertive camera performance with its quad rear camera setup.

OPPO announced its new mid-segment Reno5 K model. Reno5 K, which has managed to be one of the most remarkable models of its level with its design and features, promises a quality viewing experience with its AMOLED screen. Also, Reno5 K, which has a 6.43-inch Full HD + screen, offers a 90 Hz refresh rate on this screen with an AMOLED panel. Besides, the smartphone, powered by Qualcomm’s Snapdragon 750 processor in the mid-upper segment, has 8 GB of RAM and 128 GB of storage capacity.

Furthermore, the smartphone, which can take high-resolution photos with its 64 MP main camera, makes it possible to take remarkable photos in different scenarios with its 8 MP ultra-wide-angle camera, 2 MP macro camera, and 2 MP monochrome portrait camera. It should also be noted that there is a 32 MP selfie camera in the hole in the upper left corner of the screen.

OPPO Reno5 K has a battery that can be considered standard in today’s conditions, such as 4,300 mAh. In addition, the smartphone with 65W fast charging support allows the device to be charged quickly. Besides, continue to be used in cases where the battery is low. Reno5 K with Android 11 out of the box; 5G also supports new generation technologies such as Bluetooth 5.0. However, OPPO has not announced the price of the device for now.