Patapon 2 Remastered Review is ready. We can recommend the Patapon series, which still has few competitors today, or if you are after a little nostalgia.

Patapon 2 Remastered Review is ready. About 15 years ago, at a time when all kinds of hand-held electronic devices adorned people’s dreams, various tumbles were made to convince the parents to buy a console, Sony hit our head with the PSP. What games did not come to mind with this extremely cool device that took our minds in those years… God of War, Metal Gear Solid, GTA, Persona, Final Fantasy, Tekken… Oh my god, countless. It would not even be possible to buy a console that has hosted so many games and became such an object of desire. As a matter of fact, I had a PSP with some money that I saved. After playing for many years, when there is not much to play, I heard Patapon from one of my friends.

The game was buried deep under my subconscious, with the advice “Don’t strain your mind with graphics, brother, try a sweet game sometime.” After all, I bought Patapon at an affordable price. I put the disk on the device. I hit the bottom of the rhythm and found peace in the cute or sweet world of the cheerful Patapones… If you think I would say those things, you are wrong. Because Patapon is hard. Patapon is hard enough to throw a rage quit on the person. It is so hard to cause you to drown hysterical laughter while biting the beautiful PSP and throwing it on the wall! (Of course, such a thing did not happen. Let’s say it may have happened partially…) So, could the difficulty of this game be due to the formation of an impatient adolescent who could not control the motor reflexes at that time? Patapon 2: Based on my remastered experience, I can say that the crime was in my totally unregulated adolescence.

Before we start to Patapon 2 Remastered review, let me state that; Patapon 2: Remastered is a rhythm game, but a rhythm game with lots of strategy and RPG elements. Simply; A game in which you control the units you have previously selected by commanding them in accordance with the rhythm and try to overcome various obstacles that you encounter. Of course, it would be very unfair to define Patapon 2 in such a single sentence, because this game has full of details. To complete the main story, you need to spend about 20-25 hours. The game forces you to grin at certain points. The time you suffer is entirely up to you. If you want to see all the content and turn on all the features, the time you spend will approach an estimated 50 hours.

Patapon 2: Remastered has 7 different commands that you can apply to manage your Patopones. You can learn three of these commands in the early stages of the game, some as you progress through the story, and some if we revisit the maps you have played before. After a while in the story, besides the commands to control your Patapones, another thing you will learn is the prayers called a miracle. These prayers allow you to change the weather in difficult conditions. Let me add; the weather is an important part of the game mechanics. Your Patapon freezes in cold weather and roasted in hot weather. It is possible to remove them from these difficult conditions by using miracles. The effect of weather conditions don’t the only problem we have; blowing wind swings your arrows and spears, foggy weather makes your enemies invisible, and lightning strikes you on cloudy weather. Don’t be scared, these are all solvable issues. Just keep your ear in rhythm, you will get familiar to the commands by playing.

Patapon 2 has three different developable classes: Yaripon, Tatepon, and Yumipon. On the evolution screen that you access through Tree of Life, you can develop these three classes as you wish and ensure that each coin in your army has different features. In addition, with these improvements, you can activate different classes of Patapones, so you can have 6 different classes that will help you to apply different strategies throughout the game. Of course, this is not so free. To complete all enhancements, you need bag-by-bag Ka-ching, packs of supplies, and crates of material.

This is where the grind issue comes into play. The game may lead you to grind, sometimes it can be annoying, but you don’t have to do it all the time. Do not worry if you feel inadequate as you progress. Go over the previous maps again and you will notice that some things have changed. If you play these maps again, you will return to your tribe with new loot. If you repeat this process several times, you will easily get the necessary materials. 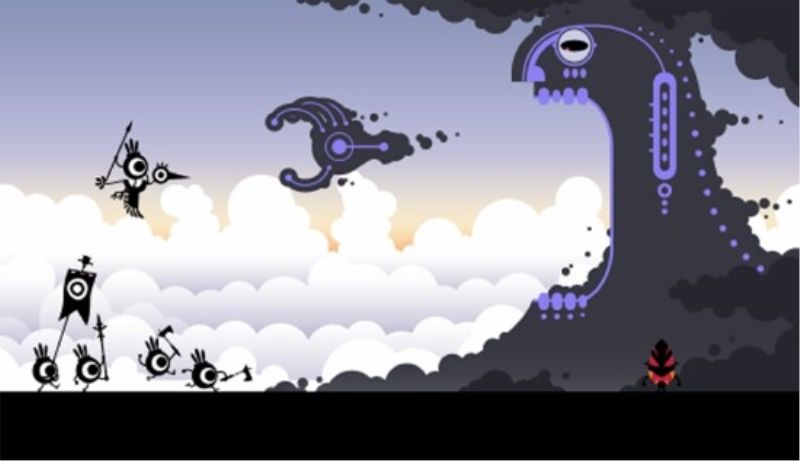 You are a god

The spoils you get from various struggles are left to your altar by your Patapons (Yes, you are the god of the Patapons). You can access the Inventory screen through this altar and browse your weapons, key items containing commands you can apply in the game, and your drums that you strum to perform these commands.

Headquarter: You can see your progress in the game, you can go on expeditions by choosing a task from here. Also, you can reach the headquarter next to the stone inscription in the east of Patapolis. To the right of this stone, there is a portal called Paraget Shrine. You can use the eggs you will obtain from the bosses in the game here. Accompanied by different heroes, you will be rewarded with various chests if you succeed in this game mode, named as periodic challenges, you can get legendary items.

Paraget Shrine is just one of the extra contents. If you move towards the west of Patapolis, you can get in touch with your friends named Kon Kimpon, Fah Zakapon, and Shuraba Yappon. You can play various rhythm games through these Patapons, and you are rewarded with many materials. It is very difficult to consume all this content of the game, and if you try to complete all this content, it is very likely that you can easily get bored and get tired.

How hard is Patapon 2 Remastered?

Let’s talk about the difficulty of the game. Frankly, I can say that it is hard enough to enjoy. If you constantly fail with the same wrong strategy, you can, of course, have a nervous breakdown. If you try different tactics when you fail, you have no doubt that you will succeed in the end. Also, I have to talk about the strategy that will lead you to success will not be the most proper strategy. You will think that you have found the right formation in any section, but when you move on, you will have to sack and set up different types of strategies with different types of Patapon. A single mistake you make about rhythm can result in disaster. Especially in some boss wars, you don’t have a chance for a mistake. Do not say that I didn’t warn you.

To be successful in Patapon 2, you have to follow all the indicators carefully. The reactions of your Patapones, the environmental conditions, the movements of your opponents, your distance from the enemy battalions, the commands you need to apply according to your situation, and most importantly, the rhythm. With all these factors, you can naturally find yourself exhausted.

Unfortunately, my answer to this will be a mediocre remastered. Unfortunately, no improvements have been made to the intermediate scenes. The resolution is very low and immediately noticeable. The game has a graphically unpredictable and inconspicuous design, but Patapon 2: Remastered is not a remake. If you expect to see more detailed graphics and a more interactive environment in this period, you’ll be disappointed. I did not encounter any bugs during the game but unfortunately, I witnessed the game crash twice and unfortunately, I couldn’t save my progress both times. Despite these two minor misfortunes, I had no reluctance to return to the game. I can say that Patapon 2’s highly playable section designs are the biggest factor that prevents me from complaining about it. Another negative point I can mention about the game is the camera angles. In many struggles that you encounter with crowded and moving enemy groups, camera angles can push you. You can choose your pioneering forces with close combat capability, but the troops with ranged weapons waiting at the back suddenly stay outside the camera angle. This causes you to make difficult predictions and wrong decisions about the current mobility of your army. 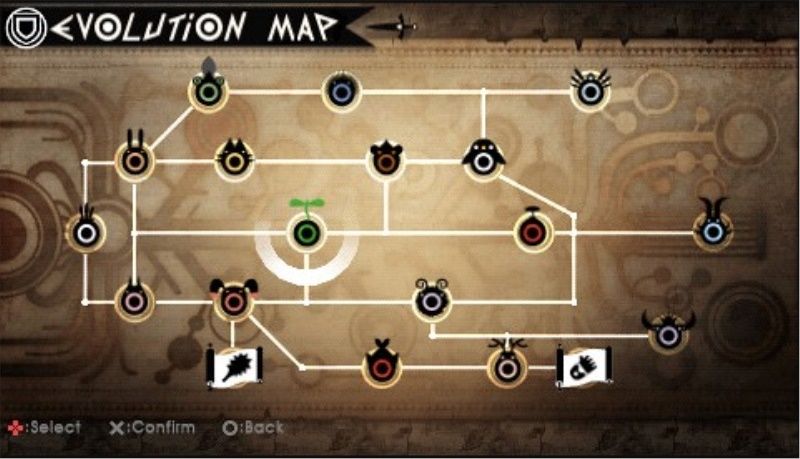 Before we complete our Patapon 2 Remastered review, I want to comment on the music of the game. As for the music, I won’t be able to make a negative or positive comment. Although Patapon 2 is a rhythm game, it is not a game that stands out with its music. The infrastructure of the music in the game generally consists of percussion instruments and Patapon commands. With the fever mode that is activated if you take out combos in a row, your Patapons are enthusiastic. So after all the hours, you spent at the beginning of the game, the tunes that you have in mind; It consists of PATA-PONs and DON-CHAKAs.

Patapon 2: Remastered is still a game worth trying with its rich content and ambitious structure, despite being behind the age in a few issues. The main story is perhaps a bit too long for this kind of game, but some gamers might like it. Patapon 2, with its unique sense of humor and cute characters, has a narrative scale that can make the players smile. When it comes to betting rhythm games, I can recommend Patapon 2: Remastered with peace of mind if you have never experienced the Patapon series, which still has few competitors today, or if you are after a little nostalgia.

If you like our Patapon 2: Remastered review, we kindly ask that you share it from your social media accounts to reach more people. 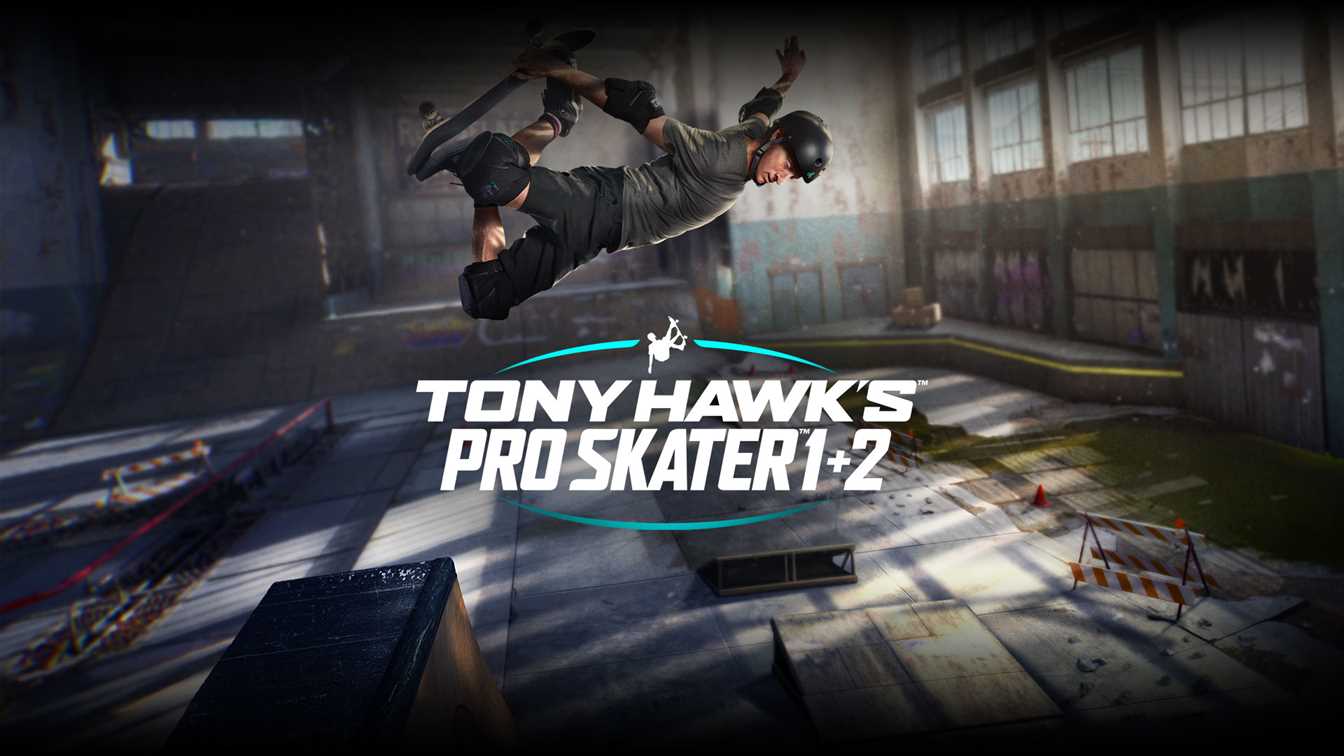 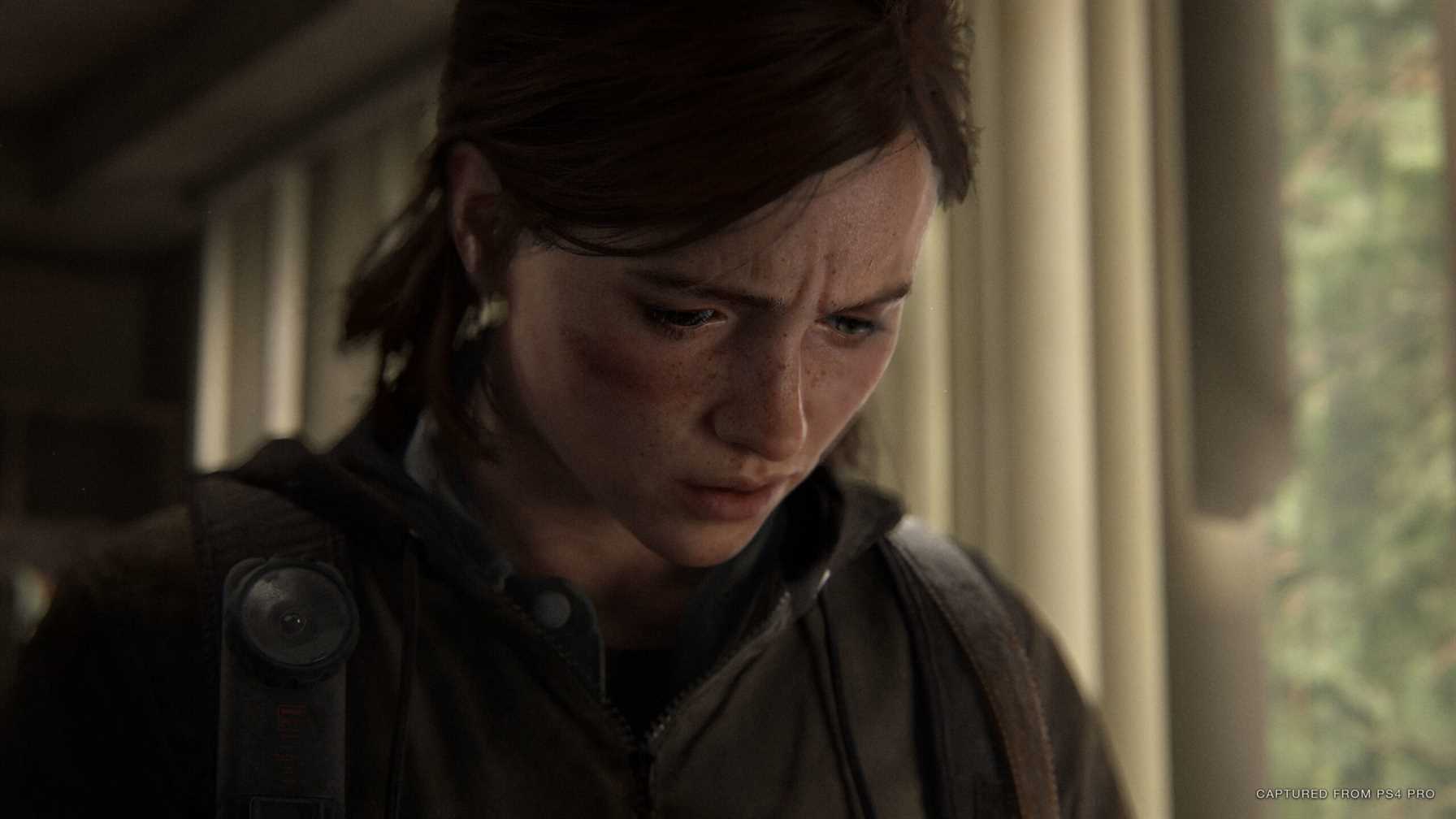 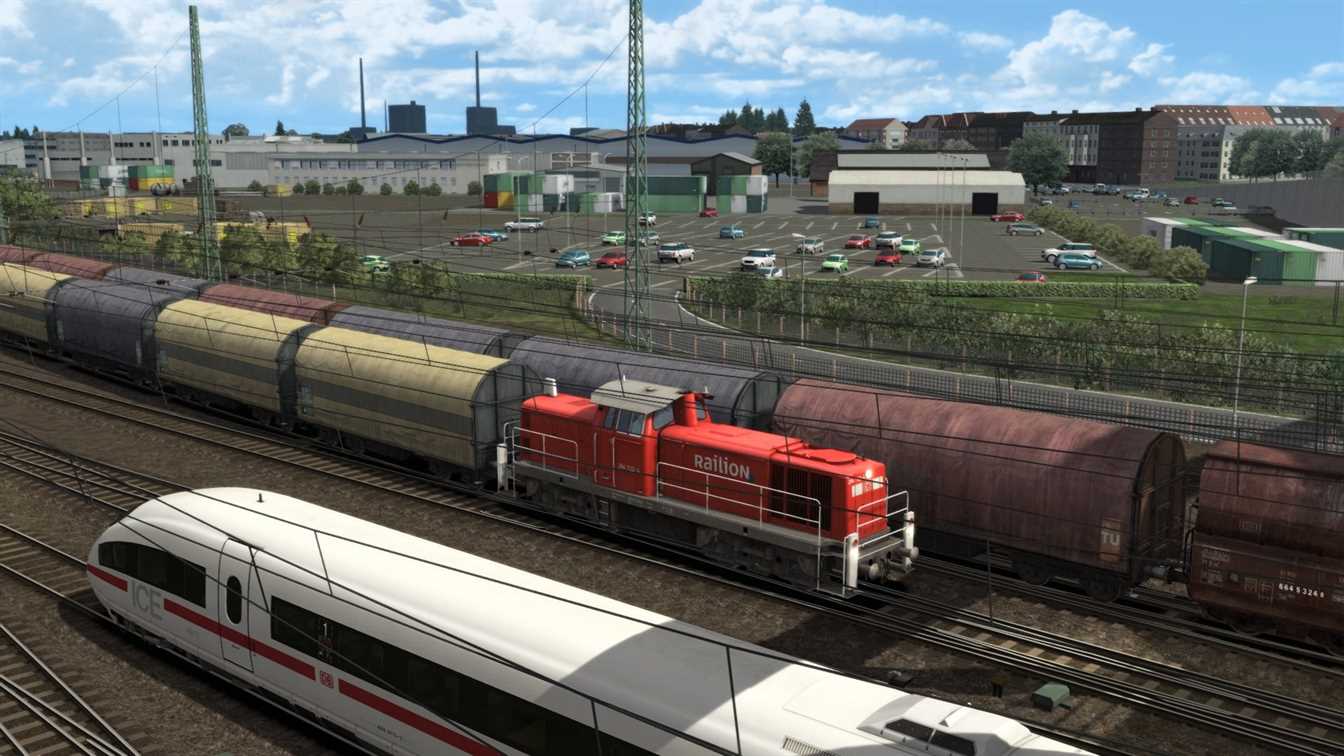 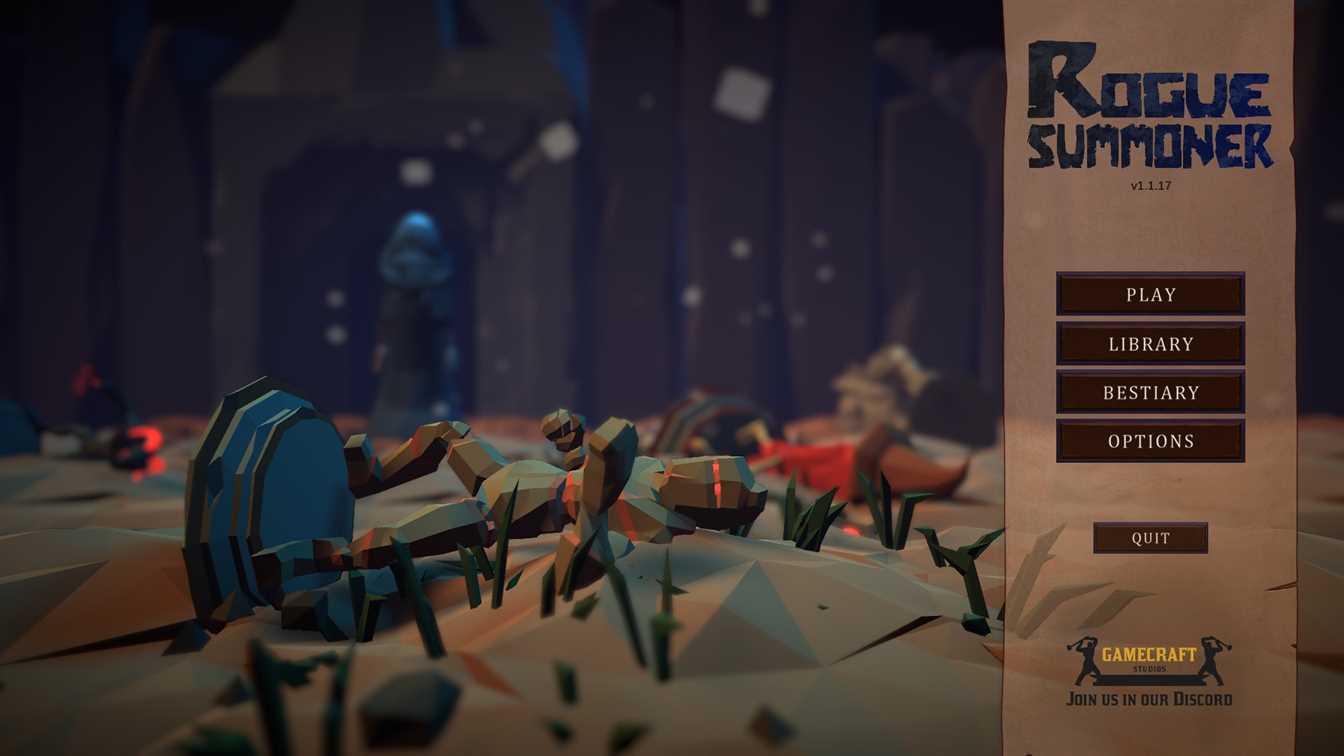