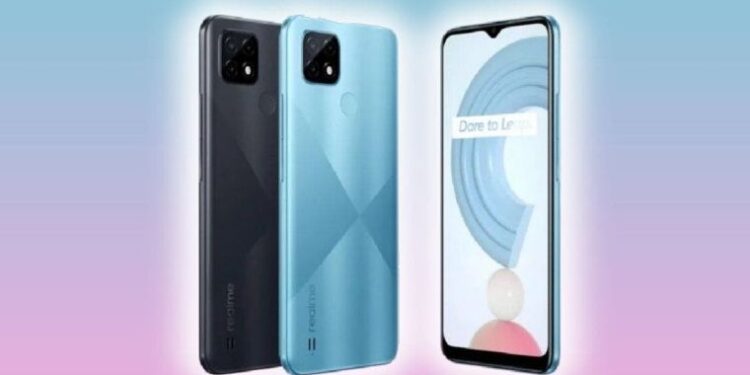 The Realme C21 model includes features such as the Helio G35 chipset, a 5,000 mAh battery, and a 13 MP resolution main camera.

Chinese smartphone manufacturer Realme will introduce its flagship new smartphones with a launch on March 5. In addition, one day before the launch, it is preparing to launch the Realme C21 model, which it has positioned at the entry-level. The technical specifications of the smartphone announced on the official Facebook page of Realme Malaysia appeared on AliExpress’s Russia site. Also, with a high-capacity battery, the device, which will have a triple camera layout, will come out of the box with Black and Blue color options.

Offering 720 x 1600 pixels HD + resolution on its 6.52-inch IPS LCD screen, the device comes with a notched design. Powered by the MediaTek 12 nm Helio G35 chipset, the phone is accompanied by 4 Cortex-A53 at 2.3 GHz and 4 Cortex-A53 at 1.8 GHz. The device, which has 4GB memory and 64GB storage options, comes with the PowerVR GE8320 graphics processing unit.

In addition to all these sensors on the device, it supports connectivity solutions such as Wi-Fi 802.11 a / b / g / n / ac, dual-band, Wi-Fi Direct, hotspot, Bluetooth 5.1, A2DP, and LE. In addition, the phone has a 5000 mAh Li-Po battery with 10W fast charging support. The model, which will come out of the box with Black and Blue color options, will run the Android 10 based realme UI 1.0 operating system.

Finally, what are your thoughts on this device? Share with us in the comments. Also, you can find more smartphone news here.