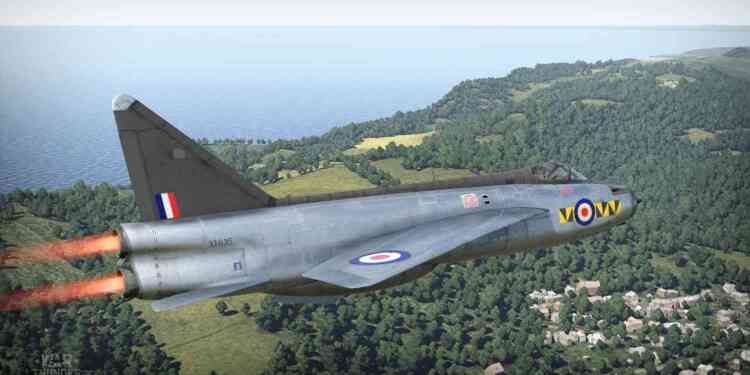 Gaijin Entertainment has today announced the release of Update 1.85 “Supersonic” for the vehicular combat MMO War Thunder. As the game’s most extensive expansion this year, it has added nearly 50 new vehicles including the first supersonic jet aircraft with guided air-to-air missiles, a new Italian ground vehicles tech tree, new modern tanks such as the U.S. M3 Bradley and Soviet T-72A, as well as new destroyers and light cruisers for Naval Forces.

With Update 1.85, Aviation in War Thunder has seen the dawn of a new era of air combat. The game’s previous five ranks of aircraft have been extended by the new top Rank VI, which will house several new near- and supersonic aircraft armed with guided air-to-air missiles. The first modern jet fighters to join War Thunder will be the American F-100D Super Sabre, the British Gloster Javelin Mk 9 and the Soviet MiG-19PT. Combat at supersonic speed will be subject to War Thunder’s realistic physics model, allowing players to observe the cone-shaped vapor cloud and those on the ground to hear the characteristic “sonic boom”.

Aircraft on Rank VI, as well as helicopters, can now be equipped with infrared guided air-to-air missiles as a new type of armament. These early guided missiles, while lethal when striking an unsuspecting enemy, are not very maneuverable and can be avoided by quick evasive maneuvers. A new warning system, which will alert affected players of an incoming attack, will help to do it in time. On helicopters, which are more limited in their evasion abilities, players can deploy infrared countermeasures for their own protection.