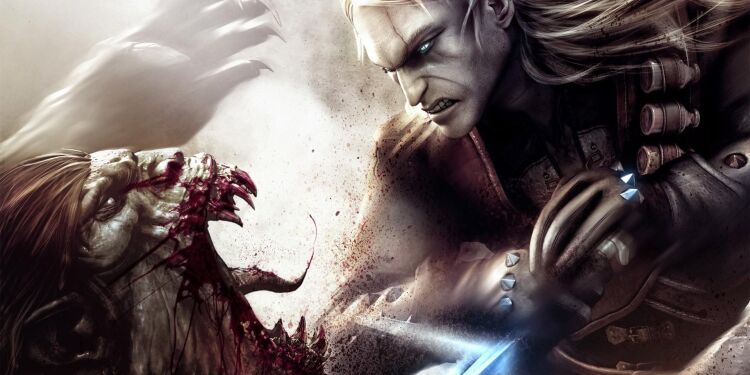 In the second part of our Witcher 3 bestiary series, we are going to take a look at the creatures like vampires, Ulfhedinns and Leshens.

Where do these creatures come from at The Witcher 3? Let’s take a look. In the second part of our Witcher 3 bestiary series, we are going to take a look at the creatures like vampires, Ulfhedinns and one of the most unique beasts of the game Leshens, guardians of the woods. After the Conjunction of the Spheres, dimensions of The Witcher universe intertwined. And various creatures spread across mountains, hills, plains and fields of Velen, Novigrad and Skellige. And now its time to find out how these beasts are born, let’s get it started.

One of the striking points of The Witcher was to categorize vampires into different kinds and backgrounds. The Witcher’s vampires do not cast shadows, don’t burn up under sunlight, don’t have any reflections on surfaces or mirrors and items like holy water and crucifixes are useless against them. Lower vampires like Ekimmara, Fleder, Garkain, Plumard usually have appearances like huge bats with vicious attitude. And they are known for mutilating their victims. Higher vampires like Alp, Katakan, Mula, Bruxa, Nosferat can disguise themselves as a tall, handsome man or a red/black-haired girl who seeks for help to lure people into her trap. They also have the ability to act like humans and blend in big cities or settlements.

Some of these vampire categories influenced by the historical and mythological figures. For instance, bruxa comes from Portuguese folklore, which depicted vampires as shapeshifters that can turn themselves into dark-haired girls, bats or birds. If you check the bestiary information of bruxa, you will see the following sentences:

“If you must travel through the woods, steer clear of any places where you can hear several different kinds of birds at once. That sound means you’re entering a Bruxa’s territory and can kiss your life farewell.’’ This shows they can also take the shape of birds like in Portuguese folklore.

Ekimmara vampires, which appear as big bats, are coming from Sumerian religion, an ancient religion followed by the first knowledgeable civilization ever existed. The word Ekimmara is the modified version of ‘’edimmu’’. Sumerian religion depicts Edimmus as demons that suck not only blood but also life out of their victims, which explains why ekimmara vampires are highly hostile, aggressive and butcher their victims in The Witcher 3.

Leshens, guardians of the woods, appear with a deer’s skull on their head, tall and look like walking trees. The word Leshen is coming from ‘’leshy’’, which means ‘’forest’’ in Slavic languages. Slavic folklore explains Leshy as the champion of the woods, just like in The Witcher 3. Yet, the main difference is Leshys are not hostile or malicious creatures. They aim to protect the woods and neighbour villages. But of course, their forest comes first and if they feel a threat against it, they can turn very aggressive. They considered being everywhere in the forest they live and never leave their home.

In addition, according to some Slavic historians, only way to see a Leshy or find your back to home if you are lost in the woods is to turn your clothes inside-out. And put your shoes on your other foot. Otherwise, you might disappear and never be found in the forest of Leshy. Here is a part of The Witcher’s bestiary about Leshens:

‘’At the heart of the forest lies a secret. In a place born of darkness and primaeval nature, resides a mighty and terrifying guardian. Immune to human steel, it is believed the leshen is nature’s way of protecting the forest and the animals that live within it from the threat humans started to pose upon their ravaging expansion deeper into the lands.’’

These creatures have similar looks with regular werewolves in the game, yet they have few differences that separate them from werewolves. Firstly, Ulfhedinns are way stronger than werewolves and they can call wolves in order to aid them in fights. In Norse history, Ulfhedinns is known for being berserkers dressed as wolves in a state of trance. Their aim is to scare their enemies in combat. They also drink a special kind of cocktail called ‘’amanita muscaria’’. They prepare this drink with mushrooms and beer to get into frenzy mode.

The word of Ulfhedinn is the merge of Ulf (meaning wolf) and Hedinn (meaning jacket of fur or skin) in the Icelandic language. This explains the mythological influence of these creatures in The Witcher series. There are only two Ulfhedinns and they are both in Skellige. Here is a part of Ulfhedinn’s bestiary in The Witcher 3:

”Ulfhedinn is a breed of werewolf and they mainly found in Skellige. The harsh and barren conditions of the isles might explain why they primarily hunt men and are stronger than their continental brethren. Older and particularly dangerous ulfhedinn are called olrefs. Only a few daring warriors in Skellige history have managed to defeat an ulfhedinn. And each of them commemorated in ballads as a hero to this day.”

Hope you enjoyed the second part. you can also check part one of The Mythological Background of The Witcher 3’s Bestiary!