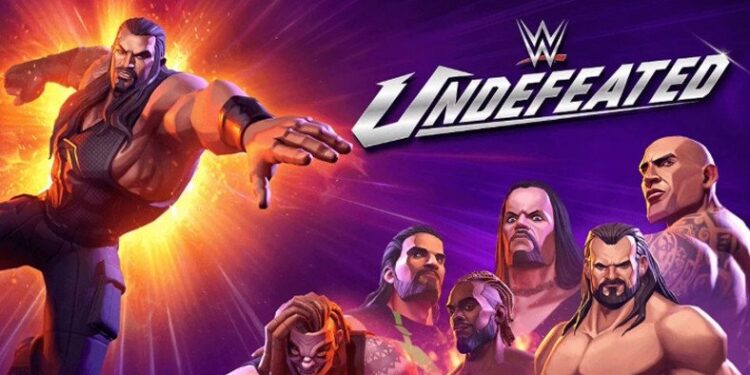 The multiplayer action-strategy game WWE Undefeated has been announced for iOS and Android. Details are in our news.

The multiplayer action-strategy game WWE Undefeated has announced for iOS and Android. The game will be available for download on both platforms as of December 3. US game studio nWay announced the mobile fighting game for iOS and Android. So, players can fight each other in real-time. The game, which includes WWE stars and legends, promises to bring action and strategy together.

In a statement for WWE Undefeated, nWay CEO Taehoon Kim stated that he excited to partner with WWE for a competitive real-time multiplayer game while expressing that WWE Undefeated’s WWE stars’ signature fighting moves will be featured in the mobile game.

The multiplayer action-strategy game WWE Undefeated has announced for iOS and Android. NWay, the company behind Power Rangers: Legacy Wars and Power Rangers: Battle for the Grid, will bring players to face each other in quick session matches in the game, and players will adopt the right strategies according to their chosen WWE star and enter a competitive fight.

Although WWE Undefeated has raised expectations a lot, especially for WWE fans, players will have to wait a little longer for this simultaneous multiplayer competitive game. nWay announced that the game will be released on December 3rd for both iOS and Android. However, players can already pre-register at wweundefeated.com to win some special in-game products for the launch. Also, you can find more mobile game news here, stay tuned.