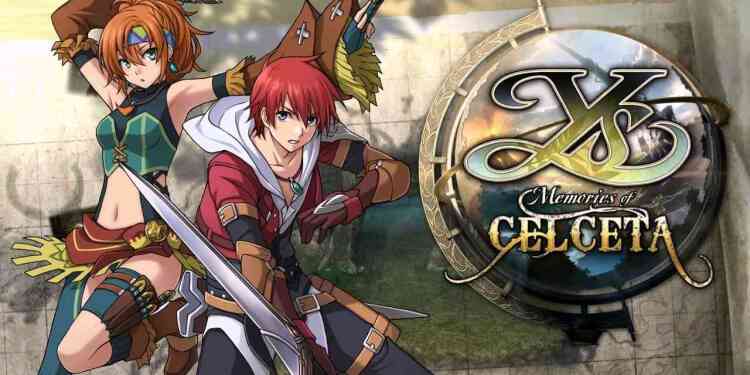 Marvelous Europe has today announced that the remaster of the action RPG “Ys: Memories of Celceta” will be released in Europe and Australia both physically and digitally for the PlayStation 4 during 2020.

Developed by Nihon Falcom as part of their long-running Ys series, and originally released for PlayStation®Vita handheld entertainment system, this PlayStation 4 remaster will support 60 FPS with full HD graphics and optimized controls to reproduce the touch screen functions of the “PS Vita” version.

We are also pleased to confirm that the PlayStation 4 version will support dual audio, allowing the game to be played with English voices or the original Japanese, and that this feature will be released as a free patch to the existing PC release in the near future.

Experience the world of the Japanese cult classic Ys IV and discover the land and characters of Celceta for the first time on the PlayStation 4 in Ys: Memories of Celceta.

Explore one of the most expansive locales in the series, complete with a robust and detailed mapping system that includes customizable waypoints to keep adventurers from losing their way as they unearth the many secrets hidden within the wilderness.

About Ys: Memories of Celceta:

Knowing nothing but his name, Adol Christin awakens to find himself in the town of Casnan—a bustling frontier village at the edge of an endless sea of trees and untamed wilderness.

Bereft of past and purpose, he is left to wander the town until a mysterious information dealer named Duren who claims to know him joins Adol on a sudden mission to rid the local mine of monsters.

This unexpected quest reawakens Adol’s instincts as an accomplished swordsman, and their exploits quickly attract the attention of Griselda, a Romun Army general stationed in the town.

Impressed with their skills, she enlists the pair to assist in mapping the Great Forest of Celceta – a task which many have attempted but none have ever returned from.

Far from the frontier’s edge, Adol and Duren must brave the dangers of Celceta while constantly keeping watch for any clues that may help Adol recover his lost memories. More importantly, Adol must use his best judgment to decide who he can trust and who is using his memory loss in order to deceive him…

Founded in April 2012, Marvelous Europe is the European based publishing operation of Marvelous Inc., overseeing operations for all European territories as well as South Africa, Australia, New Zealand and the Middle East.

Marvelous Europe has been responsible for publishing games across various platforms, including mobile, handheld, consoles and PC. Marvelous Europe is a 100% wholly-owned subsidiary of Tokyo-based Marvelous Inc., a publicly-traded company listed on the Tokyo Stock Exchange.