A month and a half ago, I bought the Xbox Game Pass PC. I thought it would be a good idea to give it a try as it was in beta. Plus it was on sale for the first time users. I checked out the titles, saw some decent games I haven’t played yet, and bought it. After downloading the launcher, I was looking for some platformers to play. A game named Downwell caught my attention. A simple yet stylish design with dominant red, white and black, and a multi-functional but straightforward gameplay. I plugged my controller to my PC and booted up the game. I wasn’t expecting much from the game as I was just trying to find a way to pass time. Despite my involuntariness, Downwell successfully sucked me in. As I was bashing through stages, collecting gems and exploring the game, 2 hours passed. But I didn’t even understand how the time passed. Was it the old school arcade feel or the sudden depth I found in it? -And yes that sentence is pun intended.

I usually have a hard time playing a single game for too long without breaks. I get tired, even if I’m not, I get anxious and get somewhat sick of the game. Very few titles haven’t made me sick of themselves so far. XCOM, The Elder Scrolls IV: Oblivion, Resident Evil 4, Dead Space, Dark Souls and so on. I don’t know what makes me keep playing those games or what makes me get sick of other titles so quickly. Maybe it’s the sense of nostalgia or design elements that always make my jaw drop. When it comes to Downwell, I definitely think it’s the latter one.

“A good idea is something that does not just solve one single problem, but rather can solve multiple problems at once.” – Shigeru Miyamoto 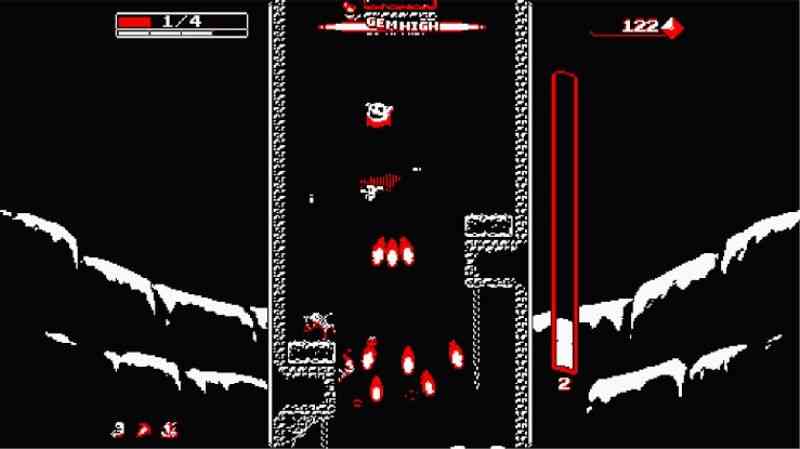 Downwell’s creator, Ojiro Fumoto, was inspired by a Shigeru Miyamoto quote that goes “A good idea is something that does not just solve one single problem, but rather can solve multiple problems at once.” And man he is definitely true to his inspirations. Let me explain.

Downwell only has 2 prompts; moving and jumping. While the movement is one dimensional, jumping has more layers and depth. It serves as a dual purpose mechanic, doing more with very little as the game progresses. Jump prompt turns into Shoot mid-air which lets our character float a little more and maneuver while doing so. Shooting lets you kill monsters quickly, but takes away the advantage of maneuvering when needed. I say it takes away an advantage because shooting is limited through bullets. Bullets also break some exceptional grounds to keep you falling. Which suddenly turns a dual purpose mechanic to a triple purpose mechanic.

Playing Downwell the way it meant to be played 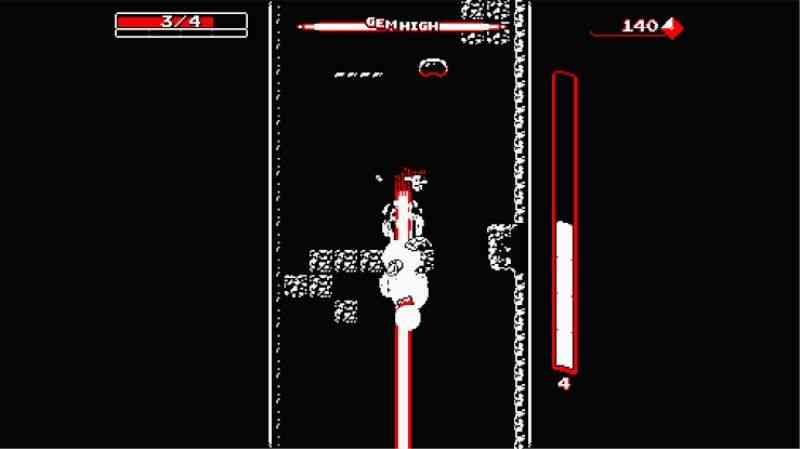 Ojiro Fumoto’s exceptional design pushes you to stay afloat more than needed because it multiplies your gem count. Which activates the Gemhigh mode, letting the player get more gems if they do combos mid-air. Gems can either be used to unlock cosmetics or get your character some upgrades through marketplaces that are distributed around the levels. You can either catch a breath from all the action that is going on outside or buy upgrades/health bars to survive a little longer, forming the second dual-purpose mechanic in Downwell. Each weapon upgrade you found switches your weapon with a limited amount of bullets. It adds up to the sense of engagement as the players should regularly check their bullet count to survive even more.

So how can the player do more with limited resources? Every time the player hits the ground, the weapon reloads, allowing the player to reset and jump down fearlessly again. But landing on top of the enemies count as hitting the ground too. Not only does it reload your weapon, it also kills the monsters. Even though there are some monsters you can’t land on, Downwell does a perfect job to telegraph which ones you can land and which ones you can’t. Enemies that are only red hurt the player if the player touches them and enemies that are white/red die when you land on them. This forms the second dual-purpose mechanic for Downwell. The artistic choices. 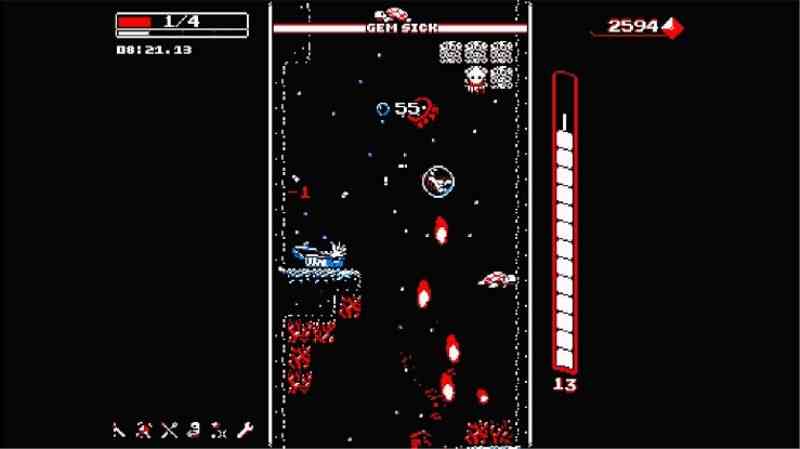 Downwell has a clear design. It serves its purpose as it was a mobile game at first. Black background, white layers that form grounds, and enemies that are a mixture of 3 dominant colors; red, black and white. There is also blue but it’s not as consistent as others because it shows up on later stages. Even though red indicates danger, there are some exceptions. Take turtles and torchlights for example. Turtles have a red weaving on them but they do not harm the players instantly. Torchlights are red but they can be used to jump on and keep you afloat. Even though they seem like they will hurt the player, they are a part of Downwell’s exploration. Without touching them at least once, you can never know what they do. Which creates a learn from your mistakes type of circle. If you’ve always taught they harmed you, you would’ve never known what they actually did without making a mistake and landing on them.

What are you waiting for? Go ahead and play Downwell already!

Downwell is a 4-year-old game and I’ve just played it last month. It is never too late to explore a game and Downwell is my proof on that subject. Ojiro Fumoto’s simple yet complex game is definitely my recommendation to many who like roguelikes and platformers. 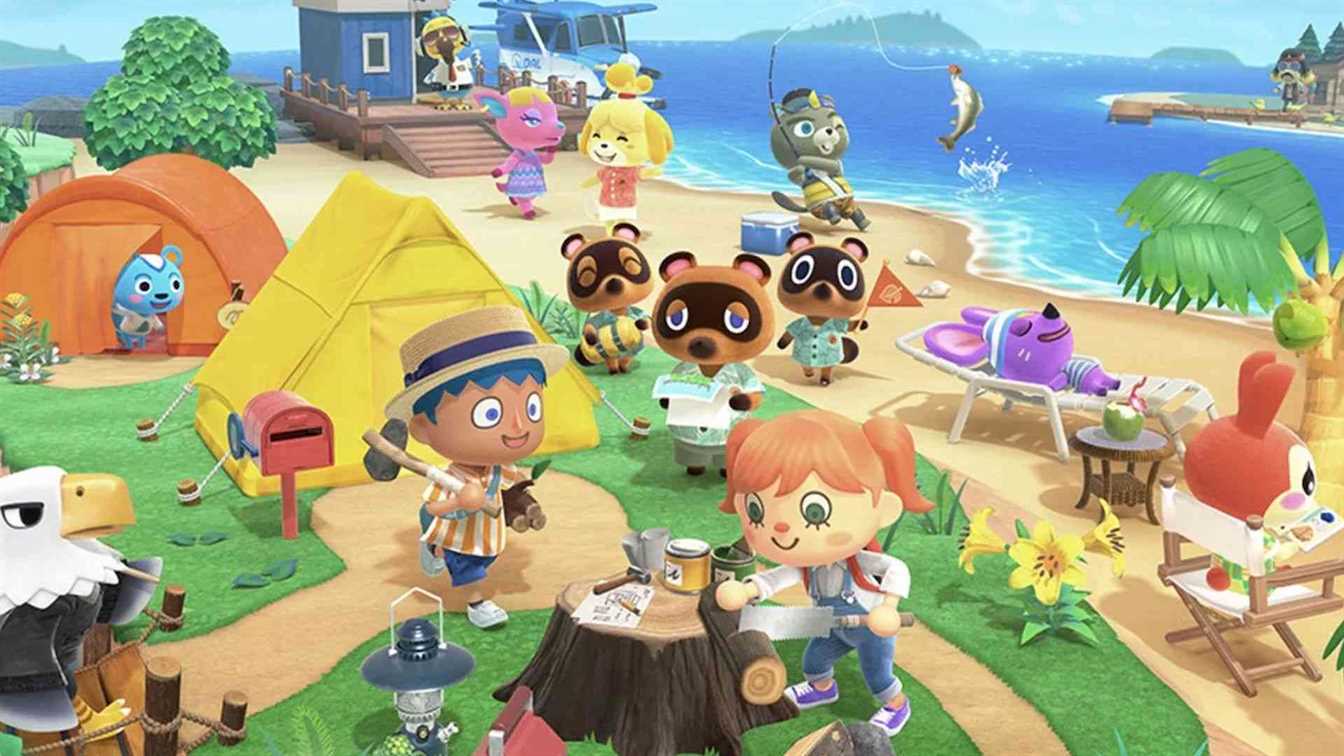 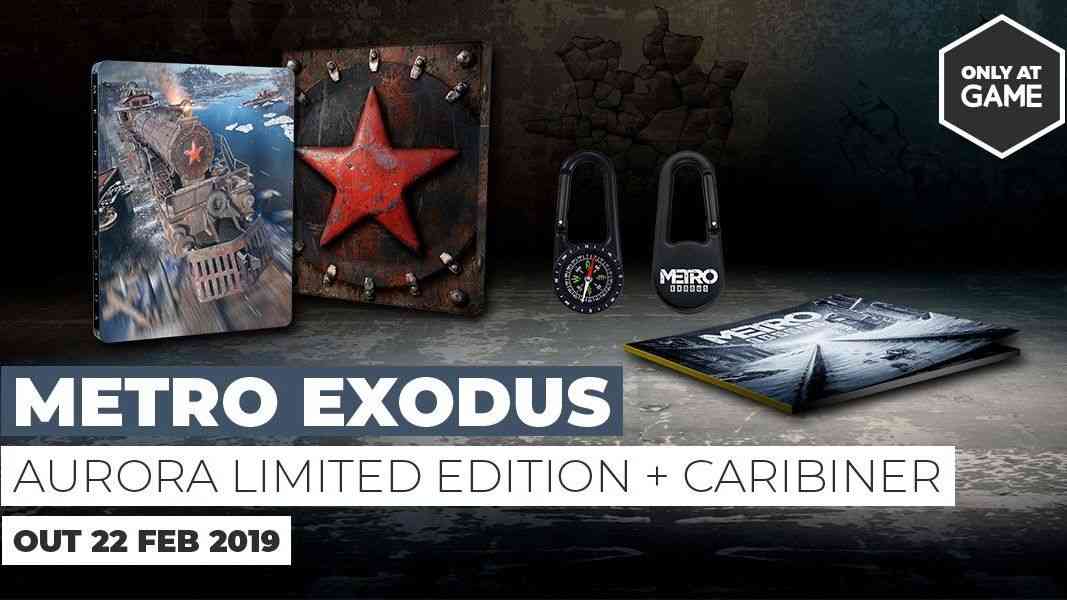 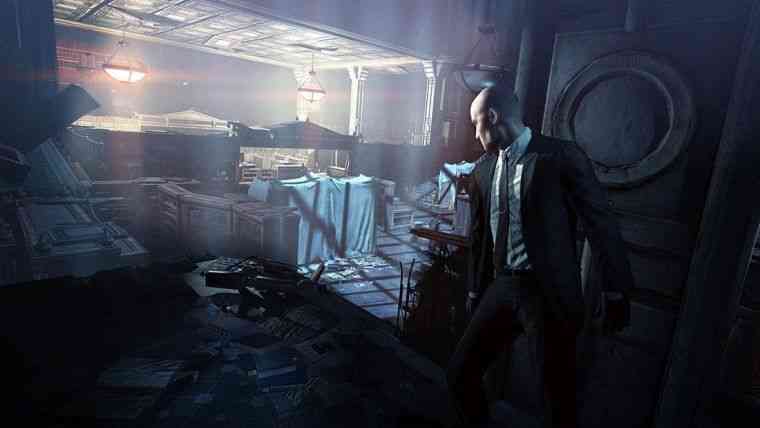