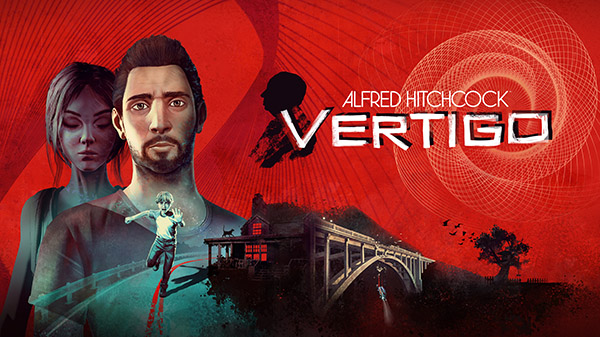 Developer Pendulo Studios and publisher Microids have announced the story-driven adventure game Alfred Hitchcock Vertigo for PlayStation 5, Xbox Series, PlayStation 4, Xbox One, Switch, and PC (Steam). Also, the game is scheduled to be released in late 2021.

“Of course, Alfred Hitchcock’s movie was a major inspiration source, whether it’s about the game’s themes, its narration, or even the visual techniques we used that clearly mirrored Hitchcock’s recurrent cinematographic techniques,” said Pendulo Studios narrative designer Josue Monchan in a press release. “Vertigo is not our only frame of reference. For instance, the fact that therapy is at the core of the narrative echoes Spellbound, and some characters resemble protagonists from Rebecca, Psycho, and many more.”

Finally, you can watch the Alfred Hitchcock Vertigo teaser trailer below.

Here is an overview of the game, via Microids:

In Alfred Hitchcock – Vertigo, dive into a new kind of psychological thriller, and walk on a thin line between reality and fantasy.

Writer Ed Miller came out unscathed from his car crash down into Brody Canyon, California. Even though no one was found inside the car wreckage, Ed insists that he was traveling with his wife and daughter. Traumatized by this event, he begins to suffer from severe vertigo. As he starts therapy, he will try to uncover what really happened on that tragic day.

Finally, you can watch the Alfred Hitchcock Vertigo teaser trailer below.