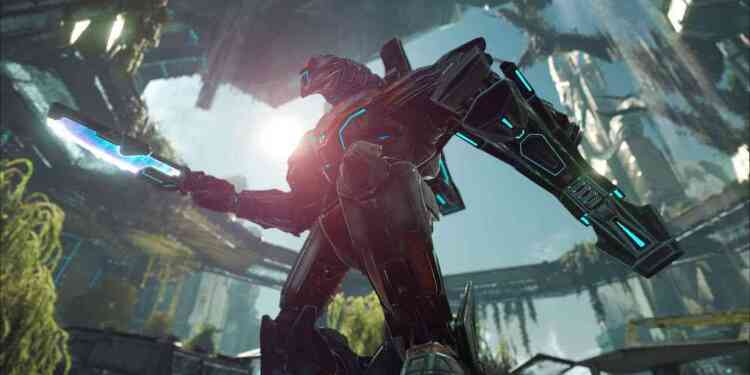 Players of the dinosaur survival action-adventure game ARK: Survival Evolved can return to Earth today as the game’s third expansion pack “Extinction” is available now on PlayStation 4 and Xbox One. ARK: Extinction contains a new map and story line to explore, dozens of new creatures to tame, and challenges even for veteran ARK Survivors who have conquered all previous obstacles – can you defeat the gigantic roaming Titans which dominate the Element-infested, ravaged planet, and complete the ARK cycle to save Earth's future?

Visit the ruined world that’s rampant with Element-corrupted creatures! At the heart of Extinction is a towering but decaying metropolis, protected by a force of robotic guards known as the Scouts and Enforcers. Discover and explore long abandoned micro-biospheres which served as the early prototypes for the ARKs of today. Scour the land for Orbital Supply Drops, tame exotic creatures, and build a Mek powerful enough to defeat the colossal, tameable Titans dominating the landscape.

https://www.youtube.com/watch?v=_puJNnWseMg
Extinction is free to ARK season pass owners and $19.99 as a standalone add-on for Xbox One, PS4, and PC/Steam. Haven’t yet ridden a dinosaur? ARK base game is on sale this week on all platforms.

ARK: Extinction Key Features:
With new mutated creatures to tame, players will have to rely on Extinction’s latest additions in order to stay alive and reap the rewards.

ARK: Extinction is now available today on PlayStation 4, Xbox One and Steam as a standalone expansion pack ($19.99) and as part of the ARK: Explorer’s Edition (Game + Season Pass), joining the desert-themed Scorched Earth and the underground, derelict biome Aberration, in continuing to unravel the mysteries of ARK’s story.