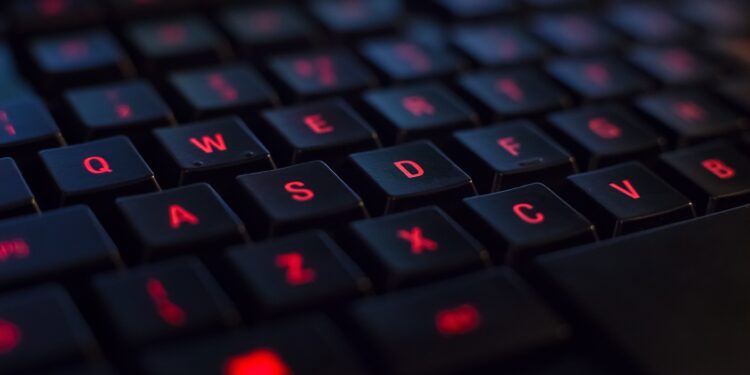 let's take a deep look at where the WASD came from

For most of the gamers around the world, WASD is not only a key layout but also the layout where you place your fingers automatically. The combination has been around for so long that games that do not offer this combination by default are considered badly these days.

Have you ever wondered where the WASD layout came from?

We don’t know who first used the combination, but we know who made it popular: Dennis “Thresh” Fong. Dennis Fong, who is a very popular name especially in the Quake world, is one of the biggest responsible for the spread of WASD trend to the game world.

As you will notice, Fong’s championship corresponds to about 5-6 years after the emergence of the FPS genre. In the first FPS games such as Doom and Wolfenstein, the use of the mouse was very low. The players randomly adjusted the key sequence on the keyboard.

Fong gave a shot to multiple alternative paths like WADX until he got the right combination and eventually use it as the arrow keys that we use today. At that time, many different directional buttons were a standard in FPS games except we use today. ESDF was very popular. ZXC was another common combination. However, Fong’s success made WASD the dominant movement keys today.

Fong points out that he definitely did not invent the combination himself. Like many other players, he also saw and use the layout from someone else. But undoubtedly, Fong’s winning a tournament with this combination made a serious contribution to WASD’s popularity in the years when professional gaming was fairly recent.

Although Quake 2, released in 1997, was an important step in the spread of WASD, it was still not the default key combination. It took another year for WASD to be the default in an FPS game for the first time. When the first Half-Life came in 1998, WASD got its official entrance to the game world. Starsiege Tribes also started using WASD by default shortly after the release of Half-Life. These two games were followed by Quake 3 in 1999 and Daikatana in 2000.

WASD was on the rise. And while games like the occasional System Shock 2 offered their own combos, the WASD movement did not stop. The combination came into the game world thanks to World of Warcraft, published in 2004. WASD is now the default for millions of PC gamers. Later FPS, action, RPG games continued this trend.

But while WASD is now the masterpiece of PC gaming, Gabe Newell still denies it. Newell, who clearly stated that he preferred the ESDF combination, is actually not alone in this regard. You can still see WASD-ESDF discussions returning on some game forums. Another alternative, ASXC, is proposed by Half-Life’s episode designer Dario Casali. Casali states that WASD feels weird to him, and ASXC feels more natural. However, he is also aware that many players do not agree with him.