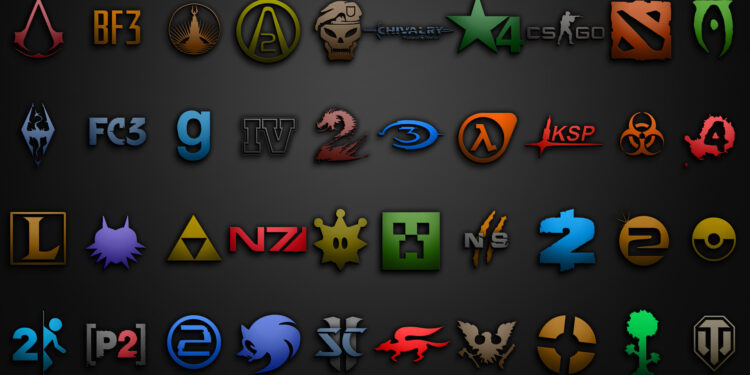 Let's have a look at some great games that you can play with an old computer.

by Mesude Fert
in Article

In this article, we will take a look at some great games that you can play with an old computer. We are playing a game on the computer in order to relieve the tiredness of the entire day. Many of us still don’t get new ones or make rooted upgrades as we still continue to see our computing business. During the time that the days pass, the months go by and the months are coming to an end, and the years that follow one after another, the technologies are developing at the same time.

New graphics, more realistic and successful productions emerge through new game engines. Of course, the system requirements of graphics and realism games are also increasing. For example, you bought a high-level system compared to the period of 6-7 years ago, that system can only coincide with the entry-middle band today, and it can deprive you of some games. So, we will take a look at 15 good games you can play on your old computers.

14 Games to Play with Out-Dated Computers

1-The Wolf Among Us
The Wolf Among Us is considered as one of the best games from Telltale Games, one of the game industry’s once-favourite producers. You will have a lot of fun while directing a character named Bigby Wolf in the game and go over the incident like a detective. If you like decision-based games, this computer game will be one of your favourites.

3-TitanFall
TitanFall series is a highly acclaimed action FPS game developed by Respawn Entertainment, which was acquired by EA in 2017. The weapon mechanics and mobility in the game will satisfy the players in terms of gameplay. However, although it does not provide a good commercial gain to the company, this does not change the fact that TitanFall is a good game you can play. In the multiplayer side of the game, there is fast-paced gameplay as in the story mode.

4-Mount & Blade: Warband
Warband, the second game in the Mount & Blade series, which was developed by the Turkish game company TaleWorlds in Ankara and made a name for itself with Bannerlord, is still a popular game. We think that you will not be bored easily when you sit in front of your computer because the free world it offers is based on wars, feudal lords and kingdoms.
Aside from the story side, you can play the game in a completely different style with the modes developed by the players and make your own. We can also say that the multiplayer side is also successful.

5-Age of Empires II (2013): HD Edition
Since its release, Age of Empires II, originally developed by Ensemble Studios and published by Microsoft in 1999, has been one of the most loved games around the world. Age of Empires II is actually a strategy game where you establish kingdoms in the races of your choice, fight enemies, and explore the map. After the release of the old game, even 14 years have passed, and in 2013, it appeared again with the renewed HD version. With its old interface processed with modern textures, it did not compromise its gameplay, adding a nostalgic and fun atmosphere. If you are a person who likes strategy games and your system is old, it is one of the games we can recommend easily. This product is a must for every computer games player.

6- Crysis 1 and 2
It would not be possible if we did not include Crysis, the breathtaking game series made by Crytek. Although a long time has passed since the release of the first and second game of the series, the graphics, gameplay and story that it offers are still at an impressive level. These two are the computer games that deserve to be on our list.

7- Far Cry 3
The third game of Far Cry series, which continues to be developed by Ubisoft after Far Cry 1, the first and only game of the series made by Crytek, is still an enjoyable game. It is quite possible to say that the open-world it offers, allows the player to apply his own approaches and stands out with good artificial intelligence as in every Far Cry game. If you are a Far Cry games fan, this title must be in your computer.

8- Grand Theft Auto V
Yes, you read that right. Although GTA V is still one of the most popular games today, it is now an old game. The game, which brought a new breath to the GTA series, appeared in 2013 and left its 7th year behind. It is possible to say that you can easily play the game in low and medium settings on laptops and desktop computers of 6-7 years that meet the system requirements.

9- Half-Life 2
Half-Life 2, published by Valve on June 22, 2004, is still a very popular game 16 years after its release date. The graphics of the game, which is powered by the Source game engine, are also as satisfying as its story and gameplay according to a 16-year-old game. The main theme of Half-Life 2, which has attracted millions of fans waiting for the third game with over 40 game awards in the year it was released, is based on science fiction, but it is not the kind of man. If you haven’t played it yet, be sure to check out Valve’s exit game.

10- Game Dev Tycoon
Game Dev Tycoon is not like other classic style life simulations. You are establishing a game studio with the character you created in the game and you are trying to get a place in the sector. During this period, you should not reduce the income to negative and earn the necessary budget for future games. We have no doubt that you will have a very enjoyable time in this game, which we think you will love.

12- Terraria
Terraria is an action-adventure sandbox game developed by Re-Logic. The game features exploration, crafting, building, painting, and also combat with a variety of creatures in a procedurally generated 2D world. Terraria received positive reviews, with praise given to its sandbox elements. By April 2020, the game had sold over 30 million copies. This is one of the great games to spend time with you old computer.

13- Papers, Please
Papers, Please is a puzzle simulation video game created by indie game developer Lucas Pope, developed and published through this production company, 3909 LLC. The game takes place at a migration checkpoint. As the immigration officer, the player must review each immigrant and return citizen’s passports and other supporting paperwork against an ever-growing list of rules using several tools and guides.

14- Prison Architect
Prison Architect is a private prison construction and management simulation video game developed by Introversion Software. The player’s role is of both building and governing a prison with sandbox micromanagement themes. He is responsible for managing various aspects of the prison including building facilities, connecting utilities, and managing staff. This is also one of the nice games that you can play with an old computer.

In short, we took a look at the some great games you can play on your out-dated computer. We think you will enjoy these games that you can easily play on old computers. Lastly, we will continue to share and write different suggestions for you to evaluate your old computers. You can also check our best mobile games article.