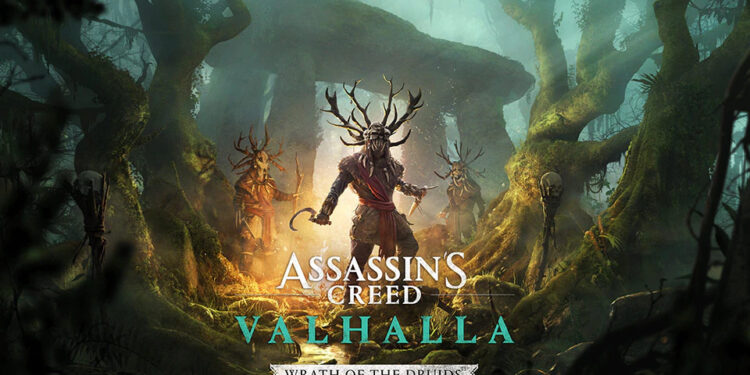 Information about the season pass announced for Assassin’s Creed Valhalla, which was shortly before its release. Many players love the season pass because the season pass means accessing all DLCs in bulk. However, one of the situations that bothersome players are that DLCs prepared before the game released.

Assassin’s Creed Valhalla’s season pass contains two major expansions and one additional mission. Also, players who own AC Valhalla will get some seasonal content for free. The first expansion pack of Assassin’s Creed Valhalla included in the season pass appears as Wrath of the Druids. This expansion pack arrives in the early spring of 2021 and will take you to unravel the mysteries of an ancient druid sect in Ireland. In Wrath of the Druids, we will fight the children of the Danu order, discover who its members are, hunt them, and fight them.

Just as we hunted cult members in the Assassin’s Creed Odyssey, we will hunt members in the same way here. Similar missions included in the 2 expansion packs in Odyssey. These kinds of minor tricks are being used by developers to extend the gameplay time. Also, with this additional package, we will be able to conquer the circle castles in Ireland. Assassin’s Creed Valhalla, Wrath of the Druids expansion will include in the Season Pass for players who love dark tones.

The second expansion pack included in the season pass is The Siege of Paris. This expansion pack will be available at the beginning of summer 2021. With this additional package, which will be about one of the most important events in Viking history, we will be able to encounter historical figures and discover Francia, which torn apart by the war. During the siege of Paris, we will infiltrate the city and try to conquer it from within.

When you receive the Assassin’s Creed Valhalla Season Pass, you can access these additional packages. However, there will be 1 extra mission for players who buy Gold Edition or Ultimate Edition. The Legend of Beowulf is a 3000-line poem and its author is unknown. It is one of the most important works of English literature and an epic. The epic itself consists of Northern European mythology and legends.

Assassin’s Creed Valhalla will release on November 10 for PlayStation 5, Xbox Series X and Series S, PlayStation 4, Xbox One, Google Stadia, Microsoft Windows. You can also access the screenshots released the other day here.