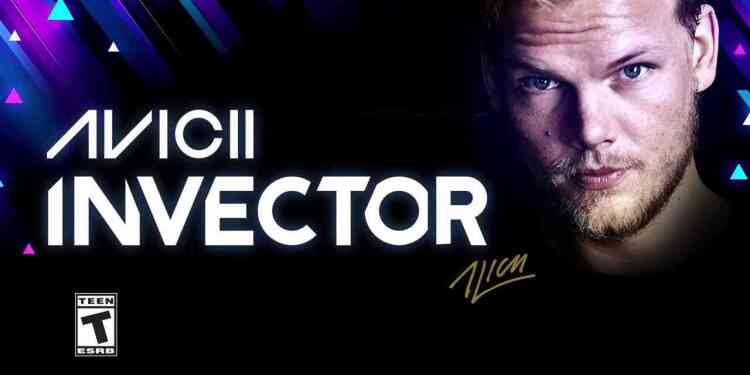 AVICII Invector, the inventive rhythm game celebrating the music of the legendary Swedish DJ and producer, will launch globally on December 10. The fast-paced music game, which fuses AVICII’s signature uplifting EDM tracks with hypnotic visual scapes, will be available at major retail outlets and digitally on Xbox One and PC, along with a re-launch on the PlayStation®4 Entertainment System that includes new content and enhancements. Created and developed by Hello There Games in partnership with Wired Productions Ltd., and with the support of AVICII Music, AVICII Invector will give fans the opportunity to feel and experience his music in a new way, across multiple gaming platforms.

The game’s worldwide launch will follow shortly after the sold-out AVICII Tribute Concert to be held in Stockholm on December 5. Along with the concert, where luminaries including Rita Ora, Kygo, David Guetta, and more will honour the late musician, AVICII Invector is part of an outpouring of support and recognition for the beloved DJ and music producer.

Tim Bergling, aka AVICII, himself a lifelong gamer, worked on AVICII Invector for two years through the game’s original exclusive release on PS4™. The upcoming new multi-platform release will help to celebrate AVICII’s music and turn up the volume while taking rhythm gaming to new heights. Created in collaboration with the Swedish DJ, and now with his family in his honor, AVICII Invector has become even more of an homage to his music since his tragic passing in 2018. Set against a backdrop of 25 of his biggest hits, AVICII Invector lets players fly solo or partner up for local split-screen racing. Players can join Stella, a space pilot, on her journey from one stunning world to the next, mastering moves as they race through gorgeous landscapes, while hitting the notes with three levels of difficulty to master.

For PlayStation fans, the new PS4 version reflects significant enhancements and new content including a new world, new songs; along with upgrades such as new interface, UI and other improvements and updates. Wired Productions is also pleased to confirm that owners of the already-released PS4 version will get a free update to fully experience AVICII Invector upon its release.

AVICII Invector, scheduled to launch worldwide on December 10, 2019 for Xbox One, PC and PS4. A Nintendo Switch version is also in early production for release in Spring 2020. The game is rated “T” for Teen by the ESRB.

Brexit wasn't the main inspiration for the Legion's London setting