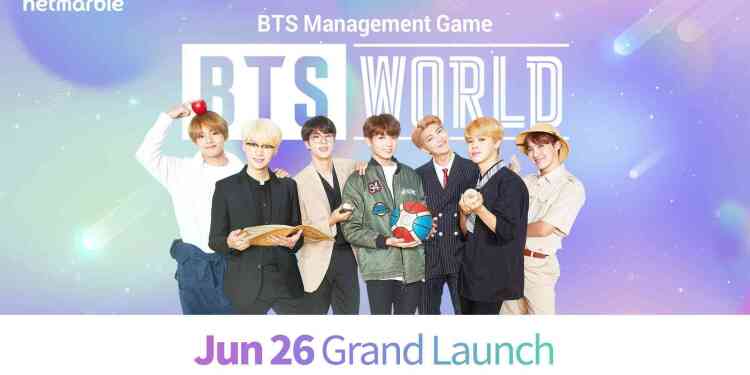 “Heartbeat,” the title song from BTS WORLD’s OST, first debuted exclusively in the mobile game on June 26. The pop rock track, which follows the game’s story of the seven members of BTS making their way to become superstars, features the attractive tones and harmony of the group and delivers touching and powerful emotions. The song features production from GRAMMY Award-winning producer, mixer and songwriter DJ Swivel.

To coincide with the release of the OST, a brand new video for “Heartbeat” will be available on June 28. With a theme based on BTS WORLD’s “Another Story” game content, the video depicts the stories of the seven members living their own dreams as ordinary people in a parallel universe as opposed to their present reality.

The first original game soundtrack ever from BTS, the BTS WORLD OST album features 14 tracks, including background music from the game, theme songs for each member and three previously released unit songs.  These unit songs are “Dream Glow” by Jin, Jimin and Jung Kook; “A Brand New Day” by j-hope and V; and “All Night” by RM and SUGA.

BTS WORLD is a story-based mobile simulation game that takes players back to the start before the band’s debut to pursue the role of BTS’ manager, with the ultimate goal of fostering BTS to become superstars.

Players can interact virtually with BTS as a manager in the game through various 1:1 interactive content, as well as collect and upgrade BTS member cards to clear missions and open more stories along the way. The game also features individual stories of BTS members within the game’s “Another Story” content where each member appears as the main character in their individual story.

BTS WORLD is now available worldwide (excluding some countries) for iOS and Android devices. Since its June 26 release, the game has become the No.1 downloaded free game on iOS in 33 countries across North America, Europe and Asia within the first 14 hours.