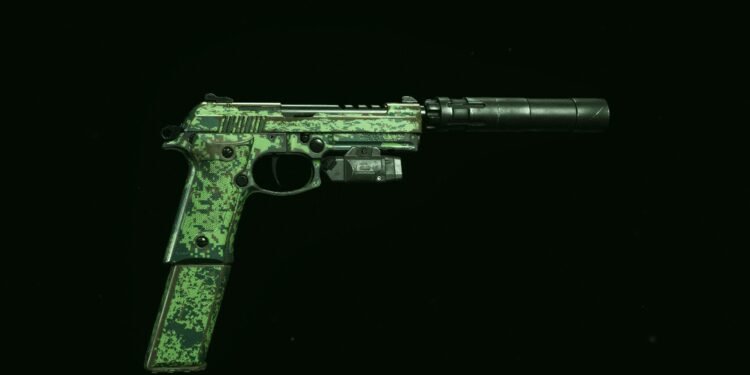 There are a few steps to do...

COD Mobile is back with an update that brings up a new weapon called Renetti. It is available for players to get as a seasonal weapon.

About the Renetti Pistol in COD Mobile

Call of Duty Modern Warfare players will know this weapon at first sight. Because it was available in the 2019 version of the title. It is a 3 round burst fire handgun, which has the biggest pistol magazine. Some say that the recoil of Renetti in COD Mobile is very low. This makes the weapon pretty easy to use eventually. But the biggest advantage of this pistol is no doubt its magazine size as it is the biggest in-game.

Also, another important thing is that the Benetti is the first one-shot(3 bursts) hand handgun. You can shoot to the upper body of your enemies and immediately take them down. I didn’t try it out myself but when I take a look at the comments, the Renetti pistol is working good also on medium-range in COD Mobile. So far, it is a good sidearm after all. If you don’t want to go akimbo of course.

How to unlock the Renetti pistol?

But we strongly recommend you hurry up because you have approximately 20 days to finish the mission. After that, you will not be able to get it for free.